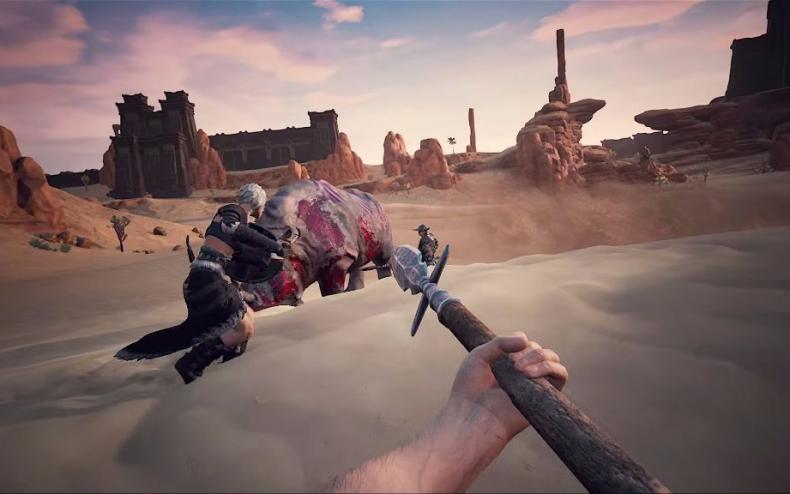 Funcom released a new pre-alpha gameplay trailer this week for the upcoming open-world survival game Conan Exiles. You can check out the new gameplay trailer int he player below. In addition, Funcom revealed that the game will enter Early Access on September 13. In addition, the Early Access will be available through the game’s official Steam page. You can check out the first official look at the gameplay footage for the game in the player below.

Speaking on the video release, Funcom CEO Rui Casais stated: “We’re very excited (and a bit nervous) about launching our first Early Access title. The team wants to give the players the best possible experience, and while we are used to working on a game for several years before letting players in, this time around we will let players in just nine months after development started! As with any Early Access games, some features and content will be more finalized than others, and players will be able to help us focus on what’s important to them so that we can improve the game and flesh out content and systems before full launch.”

As an Early Access title, certain content and features for Conan Exiles will be more complete than others when it first becomes available. Funcom will then work with the community and players to focus on what to improve and what new mechanics to add over time. According to Funcom, the game should improve significantly over the Early Access period, including with graphics, content and systems.

On top of that, NVIDIA is helping to provide cutting-edge graphics for the game, which will be co-promoted through NVIDIA’s The Way It’s Meant to be Played program.