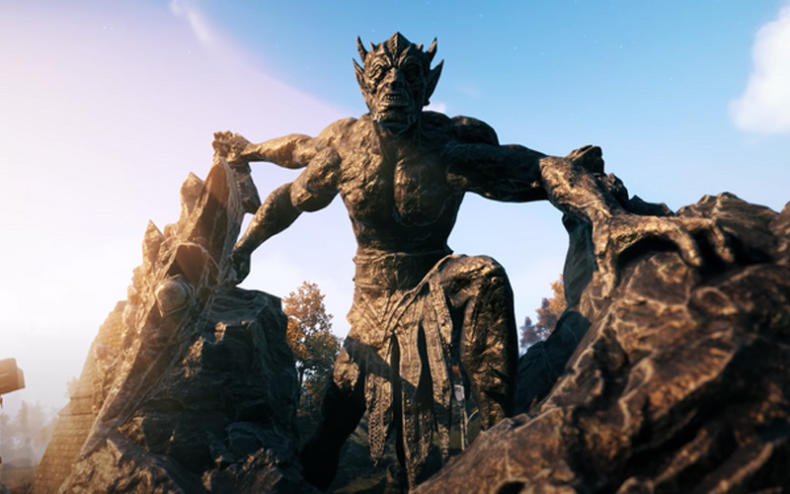 What can you play the latest ESO chapter on? As of now, it doesn’t matter what you game on…the console version of Elder Scrolls Online: Blackwood has officially launched, but is it any different than the PC version?

The answer is no…the console and PC versions of Blackwood are the same game. Both add at least 30 hours of content to the game, and both introduce a year-long storyline set in a time 800 years before Elder Scrolls IV. Blackwood is the domain of dastardly Daedric Prince Mehrunes Dagon, and packs in all these things:

The most significant thing Blackwood introduces is the Companions system. Solo players now have the ability to take part in the multiplayer experience by using NPCs. You can customize all your bot companions’ gear, weapons and combat abilities, and they will level up alongside you. Their behavior is also fully customizable, so you can adjust their AI if they act out of line.

Oh yeah….weren’t there supposed to be some graphics updates to the game for PS5 and XBox Series X owners? We got some news to pass along there….that stuff’s been delayed another week. Bethesda felt it was more important to launch the console edition on time than to delay it one more week over graphics. You’ll get your pretty stuff around June 15.

Elder Scrolls Online: Blackwood is now available on everything.

Elsweyr Is Coming To Elder Scrolls Online On June 4th
Be the first to comment!
Leave a reply »