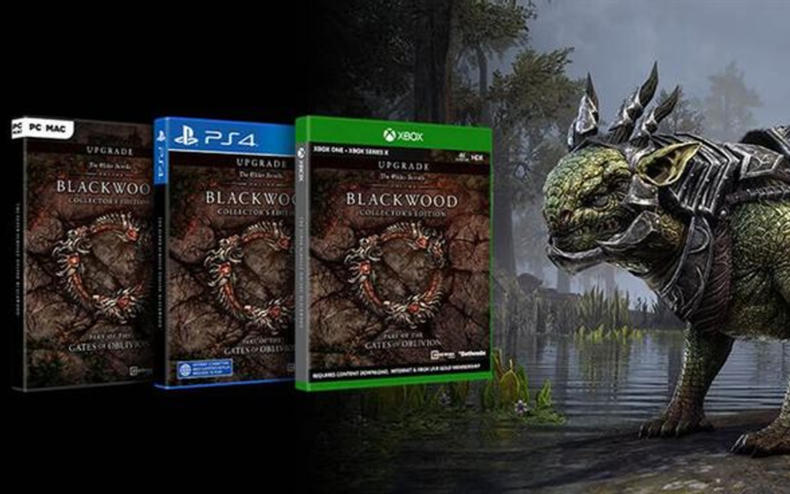 We knew a new expansion to ESO was arriving this year, but the question was….when? Thanks to today’s reveal event held by Zenimax and Bethesda, we now have an answer…how does June sound?

That’s when Bkackwood will launch, the first chapter in ESO’s year-long Gates of Obliivion expansion. Blackwood introduces a year-long saga that will tell the tale of the villainous Daedric Prince Mehrunes Dagon, who gave Tamriel’s denizens a miserable time 800 years before the events of Elder Scrolls IV. The chapter will add at least 30 hours of playable content to ESO, and pack in all these things:

The Companions system mentioned above is a way for solo players to take part in the multiplayer experience by using NPCs. You’ll have the ability to customize all your bot companions’ gear, weapons and combat abilities, and they will level up alongside you. And if they act weird in battle (which they will, because they’re NPCs) you can adjust their scripted behavior to your liking.

Unfortunately, Blackwood won’t be out for public access tomorrow…we’ll have to wait until the summer. The Elder Scrolls Online: Blackwood launches June 1 for PC, Mac and Stadia, and one week later (June 8) on Playstation 4 and XBox One. If you preorder before then, you’ll get bonus rewards at launch, as well as immediate access to the base game and both the Nagahide Welwa Ravager mount and Nightmare Bear Cub pet. Note that those last two things are only being offered through March 17.