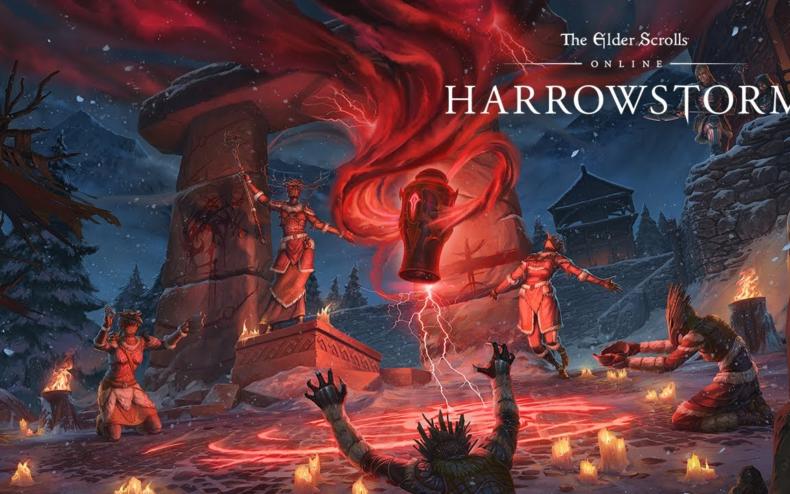 What awaits in the first of four planned DLC packs for Elder Scrolls Online in 2020? What do they reveal about the Dark Heart of Skyrim?

You can get an early clue by watching the two-and-a-half minute developer preview below. Harrowstorm consists of two major areas: Icereach and Unhallowed Grave. Icereach is exactly what its name brings to mind: a frozen tundra of snow and ice. Your goal there is to stop the sinister Icereach Coven from completing a ritual that will unleash horror upon the world. In Unhallowed Grave, located in an ancient tomb beneath Bangkorai, you must stop a gang of grave robbers from defiling the crypt.

Harrowstorm will be followed by Greymoor this June, and two more packs in August and November.

Learn more about Harrowstorm in the video below. The DLC content comes to Elder Scrolls Online February 24.