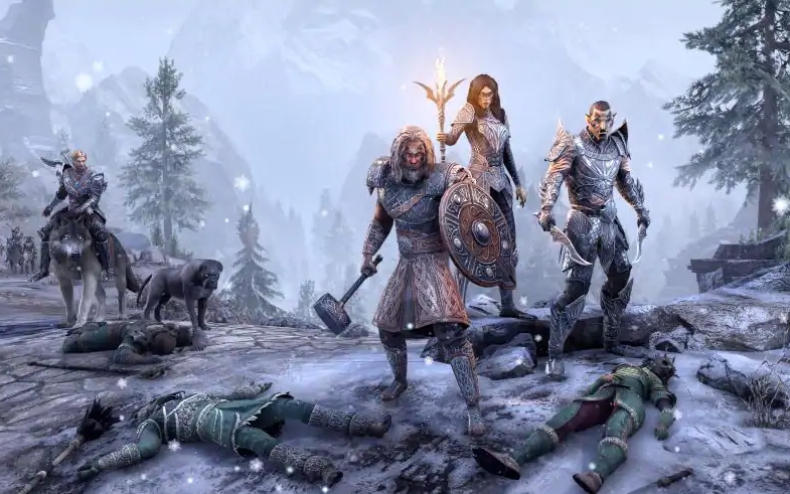 Is what we’ve been hearing true? Is Elder Scrolls — and Doom, and Fallout, and everything else falling under the Bethesda umbrella — now property of Microsoft? And to everyone who was complaining that XBox doesn’t have enough exclusives — are you happy now?

Yes, it really happened — Microsoft outright bought ZeniMax Media, Bethesda’s parent company, for a figure only Microsoft could wield — $7.5 billion. The buyout covers everything Bethesda owns and is now the largest game-related purchase their new owners have ever made (though we’re sure they’ll find a way to top it before long).

“We’re still Bethesda,” assured senior vice president Pete Hines. “We’re still working on the same games we were yesterday, made by the same studios we’ve worked with for years, and those games will be published by us. [This deal] allows us to make even better games going forward. Microsoft is an incredible partner and offers access to resources that will make us a better publisher and developer.”

We can’t tell you how this will impact the availability of Bethesda’s games on rival consoles. It may be years before we feel the full effects. Currently Bethesda has an active deal with Sony to produce two timed-exclusive games for Playstation 5 — that deal will remain in effect. But the next Elder Scrolls, whatever decade that happens? We have no idea. Microsoft has been smart enough to realize some things they own would be crippled by exclusivity (Minecraft, for example) and they’ve been open to share. But on the flip side of he coin, it wouldn’t make sense to share everything.

Microsoft’s purchase of Bethesda will be finalized in 2021.