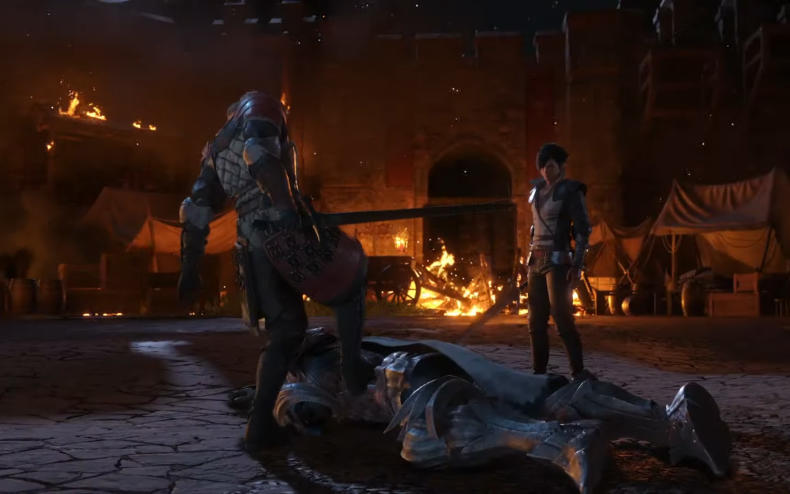 What number comes after 15? And why does it take Square Enix so long to count? The last mainline Final Fantasy game, the fifteenth in the series, was released four years ago and until now, there wasn’t a peep from the company about what would come next. September 16, the day of Sony’s most recent Playstation 5 presentation, marks the day Square peeped.

This first-ever footage makes one thing clear: the series is finally going back to its roots, folks. We’ve got talk of crystals, sightings of Malboros, warking Chocobos, and summons, summons, SUMMONS! Gigantic spell-slinging beasts take up half the screentime of the below trailer, and we see familiar faces like Shiva and Ifrit wreak destruction.

If the more fantasy-based motif doesn’t remind you of a certain MMO, it should: Final Fantasy 16 is being helmed by the ones previously responsible for Final Fantasy 14, including producer Naoki Yoshida and director Hiroshi Takai.

As for where we’ll find it, Square is sticking with tradition and their old friend Sony. The game will be a Playstation 5 exclusive (the word “timed” is mentioned so this will not be forever). The exclusivity only applies to consoles — this particular trailer was generated from the PC version.

We have no release window yet, but were you really expecting one? It will likely be years before Final Fantasy 16 becomes a playable product, unless it’s further along than Square is admitting. For now, we can only watch this trailer and dream.

Consoles Get Their Own Version of Elder Scrolls Online: Blackwood
Be the first to comment!
Leave a reply »