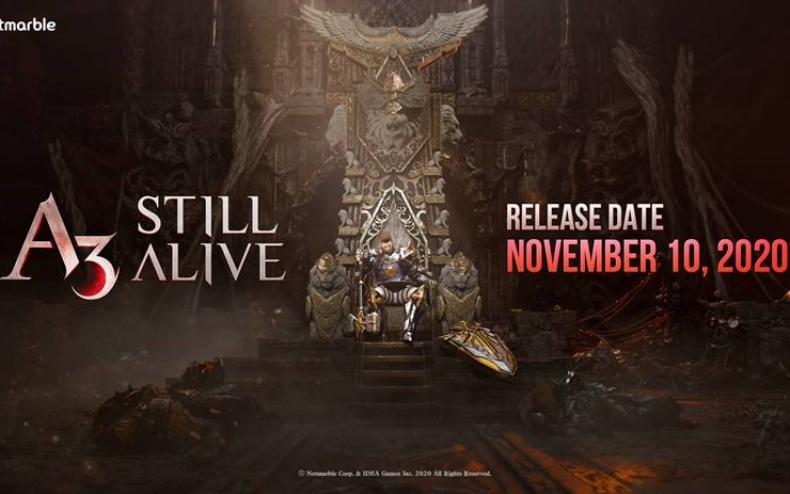 What do you get when you combine open-world MMO exploration with fast-paced battle royale combat? You get Netmarble Corp’s upcoming mobile MMO A3: Still Alive…how soon is it arriving?

Within one week. A3 takes place in an apocalyptic fantasy world…wide and sweeping, it will take quite a long time to explore every acre, but your main concern will be other players (this is where the “Still Alive” of the title comes in). You’re in an always-open player vs. player (PvP) environment, and can be pulled into hack and slash combat at any time. Fighting takes place in a variety of PvP and PvE (player vs. everyone) modes. How long can you last?

To stand a chance in such an environment, you might want think about taking advantage of Netmarble’s Character Name Reservation Event. The first 10,000 players who sign up with their proposed in-game name will receive an A3 Radienne Vanguard Coupon, good for several in-game items worth $100 in total.

On launch day, Netmarble will be conducting a virtual panel and presentation livestream to show off A3: Still Alive. In attendance will be the game’s producers, along with players Kim Horcher (Netmarble US), Cynicalex, Lex Gaming, Powerbang, and Kairos Time. Geoff Keighley of The Game Awards and Chastity Irizarry from Netmarble will be hosting. You can watch it Tuesday, November 10, 2020 from 1:00 p.m. PT – 2:00 p.m. PT on Netmarble’s official YouTube, Twitch and Facebook channels.