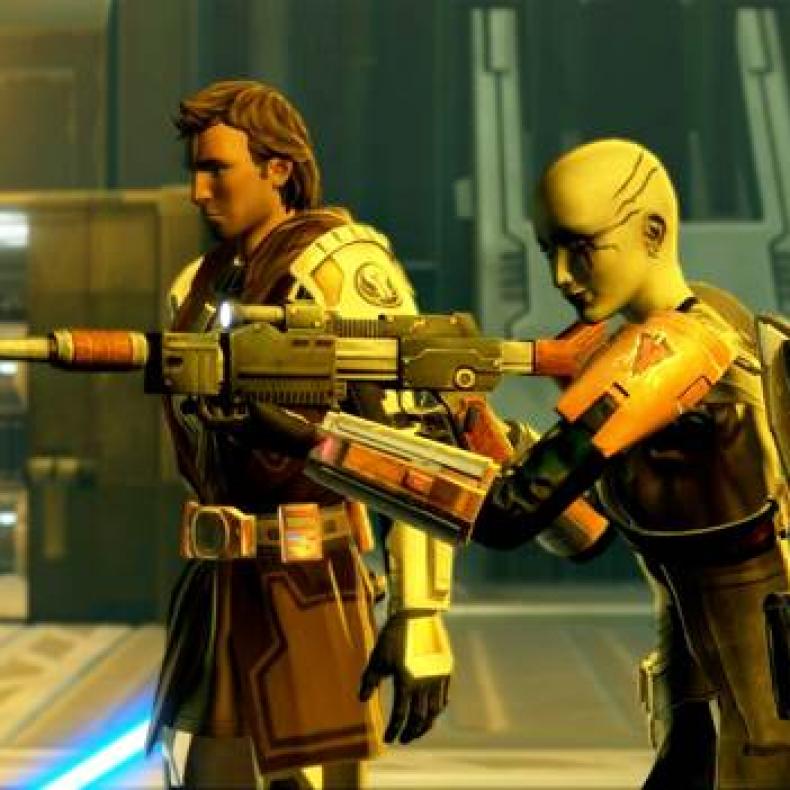 Lucasfilm and BioWare officially announced the launch today for the latest episodic story for Star Wars: The Old Republic – Knights of the Fallen Empire. The new story episode is called Anarchy in Paradise, and it will be the first in a series of seven new chapters for the game that introduces the mercenary called Firebrand. Firebrand is on  personal vendetta to destroy the Eternal Empire. You can check out the new launch trailer for Anarchy in Paradise in the player below.

After Firebrand joins the Alliance, the Outlander has to decide how far he or she must go in order to beat the Eternal Emperor. Right from the start of Knights of the Fallen Empire, players can jump in and create a new Level 60 character to start building their Alliance in the expansion.

It’s nice to see that BioWare hasn’t forgotten about this game, and the developer continues to put out some new content for it. This is the overall 10th chapter in the Knights of the Fallen Empire saga. It will be interesting to see how the overall story evolves from here.

Both Knights of the Fallen Empire, and the new episodic story content Anarchy in Paradise, are free to subscribers. New subscribers will receive the HK-55 Jetpack in-game as part of the Subscriber Rewards Program.