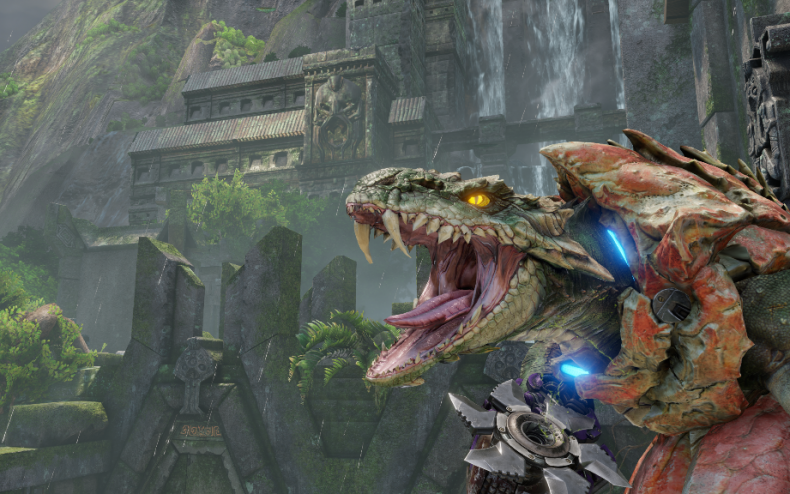 Bethesda Softworks revealed the newest champion for Quake Champions this week in Sorlag, the Huntress. Sorlag is a prideful reptilian huntress from a post-apocalyptic alien planet. You can check out some new screenshots and a new reveal trailer for Sorlag below. Click on the thumbnails in the gallery to see the full-size images.

Sorlag is a flesh-trader and stalks her prey in the game’s Arenas. She uses a deadly Acid Spit that will coat the environment and enemies in toxic fluid. Her Active Ability will cause direct damage to any other Champions along with additional poison damage over time. Sorlag also has two Passive Abilities which enable her to quickly move through the matches and arenas, and she also has protection from other Sorlags’ toxic fluids.

In terms of Sorlag’s stats, her starting health is 150. Her starting armor level is 50, and her speed is 280. Her two Passives are Bunny Hop which let her gain speed while jumping forward in a straight line and gives her a ton of extra mobility. Her second Passive is Acid Fiend, which protects her from other players who have Acid Spit.

Quake Champions is due out later on for Windows PC. The game is currently in its closed beta phase. Players who want to join the beta an sign up to receive a key at Quake.com 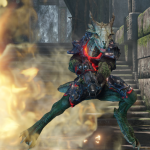 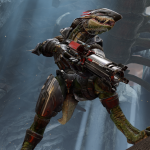 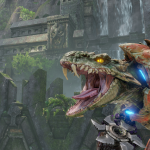