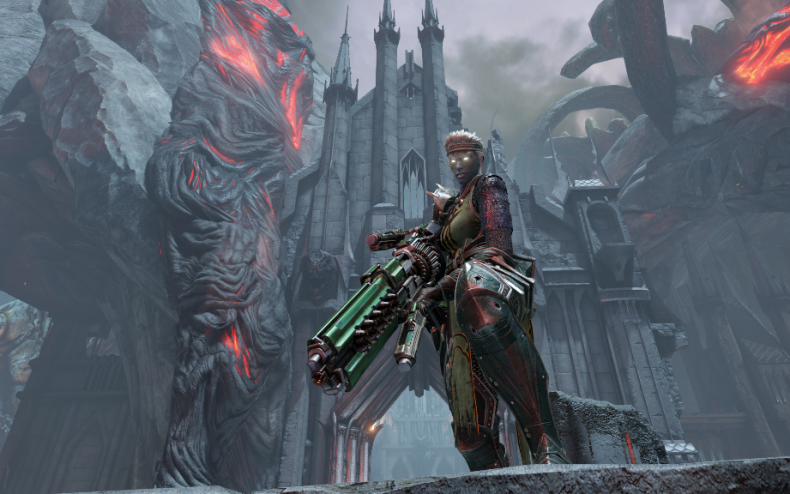 Bethesda Softworks revealed some exciting news this week for Quake Champions, including the start of a new Tech Test later this month, a new gameplay mode, and more. To start, Bethesda confirmed a Large Scale Tech Test for the game is going to run from May 12 to May 21.

The Large Scale Tech Test will run from May 12-21. This will be for players who would like to get a chance to sample the game ahead of its upcoming release. Players can sign up immediately for the tech test at the above link. According to Bethesda, any player who signs up will immediately get a code to participate. The game will remain live during the tech test 24/7 for its entire duration. Previously, Quake Champions Tech Tests would only run for weekends only. That will not be the case here.

Additionally, a new gameplay mode was revealed called Sacrifice Mode that will be available for the upcoming tech test. The mode is a 4v4, team-based competitive mode that will be playable for the first time. Players can form their teams and have their Champions work together in the Arenas.

All the material during the tech test this month will be available for players to stream, capture and otherwise share and discuss with the public through channels like Twitch and YouTube.

Registration for Large Scale Tech Test for Quake Champions is open now. Players can register at Quake.com to receive a key. More details on the game will be release in the coming days. Quake Champions is due out later on for Windows PC.