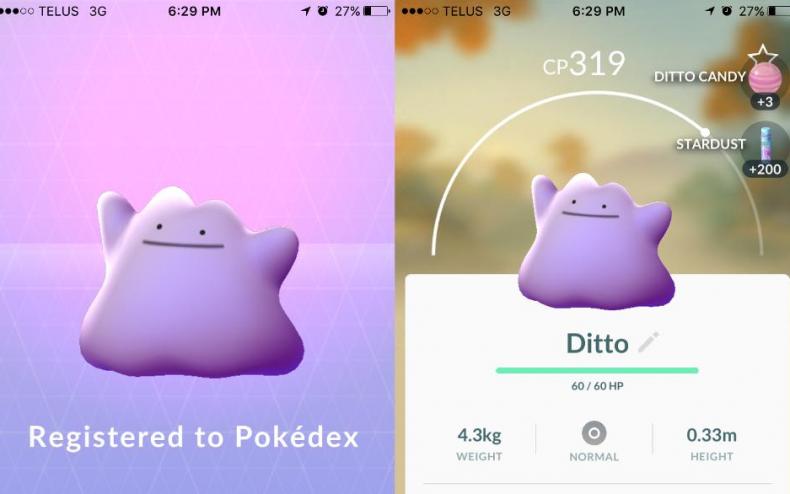 Of the Generation I Pokemon available in Pokemon GO, one that was mysteriously absent was Ditto, the unique shape-shifting Pokemon. While its absence was certainly curious, it’s arrival in the game is met with much joy. Trainers from all around were reporting that Ditto had finally made it into the game, and now, a statement from Nintendo has confirmed that Ditto is there, as well as how you might get Ditto in an unexpected way:

“Pokemon GO Trainers now have the chance to catch Ditto, a Pokémon with a curiously blobby shape and the capacity to mimic the looks and traits of other Pokemon. This means that a Pokemon you think you captured could be Ditto, which reveals its true form only after it’s caught. Also, when training or battling at a Gym, Ditto will copy the appearance, types, and moves of the first Pokemon it sees, and it will stay that way through the remainder of those Gym battles.”