Check Out Some New Screens for The Surge!

Deck13 and Focus Home Interactive released some brand-new screenshots today for the upcoming action-RPG The Surge. You can check out the new images in the gallery below, and click on the thumbnails to see the full-size images.

The new screens offer a look at the game’s mini-bosses. These robots will be stalking around the hallways of the industrial complex that is CREO. The elite security machines of the CREO have begun to malfunction, and these enemies are some of the dangers that players will face throughout the game’s hazardous environments.

In the game, a project developed by CREO, originally designed to reverse the effects of climate change on the planet, is starting to take shape into something ominous. The security robots in the game are designed to maintain order in the complex. First, there’s the “robot dog,” which is a leaping quadruped machine that is designed to track down and kill any intruders. This machine is heavily armored, but it does have vulnerable spots in order to take it down.

There’s also the Echelon 9, which is armed with anti-personnel combat gear. These robots have GOLIATH-class armor that make them very fast and strong. Finally, there is the Smelter, which is desgined to be impervious to tampering. The Smelter has gripper teeth and coolant that makes it vent gasses to keep it stable.

The Surge is scheduled for a 2017 release. The game will be available for PlayStation 4, Xbox One and Windows PC. 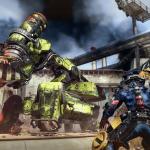 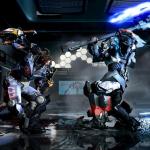 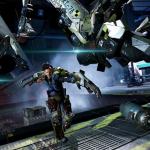