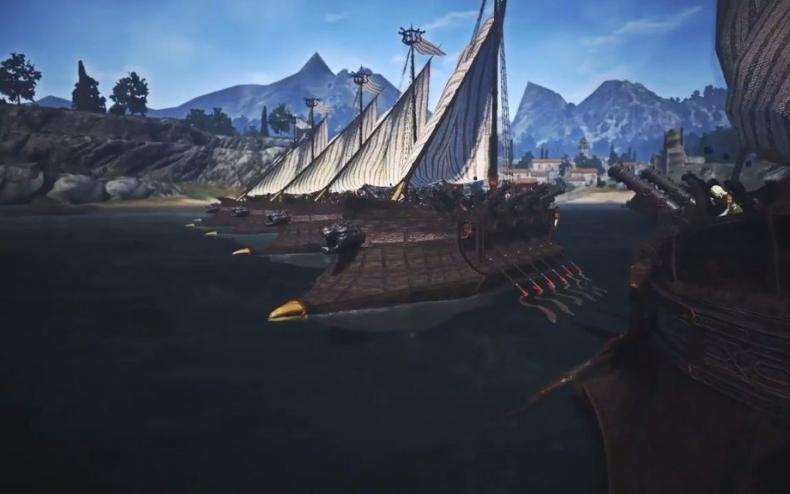 Black Desert Online is about to get some radically new gameplay in the coming months. Soon, gamers in the world of the MMORPG will be able to take to the water with a new major and free expansion. Kakao Games officially revealed some new upcoming content to Black Desert Online that adds naval gameplay to the MMORPG. You can check out the glimpse of the naval content trailer in the video player below. The naval gameplay will be added to the game in the fourth quarter of 2016. It will be a free expansion, and Kakao Games proclaims this will raise the part of what’s possible for current MMORPGs.

Besides naval combat, the free update will feature a number of new gameplay features for Black Desert Online. With the naval gameplay, players will see to search out to the sea for exploration, look for trade routes, search out for treasure, hunt monsters and experience naval warfare.

Naval combat and gameplay like this is pretty ambitious for an MMORPG. It should be pretty interesting to see what Kakao Games comes up with here. But it looks promising so far.

Kakao Games will reveal more of the new expansion to attendees of this year’s Gamescom convention. Black Desert Online is available now for Windows PC.