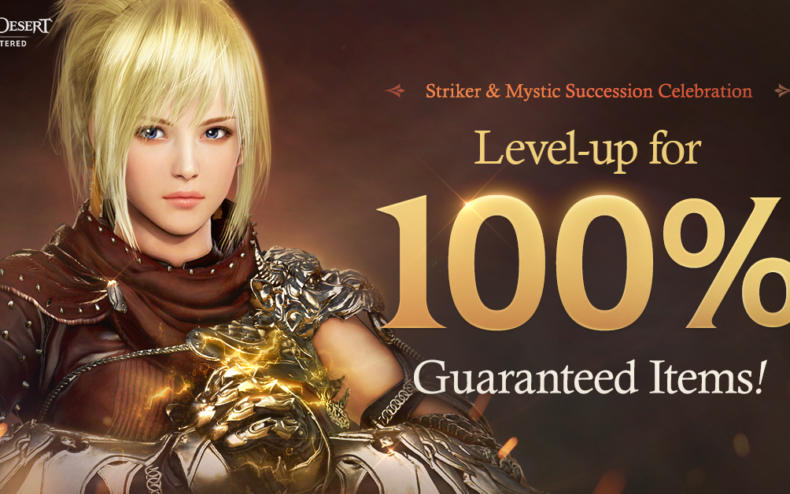 What’s just been added to Black Desert SEA? It’s….yet another update with the moniker “Succession”?

Last week Pearl Abyss said the Lahn update would be the last “Succession” update. In fact these were their exact words: “As the series of Succession updates comes to an end, Black Desert SEA has revealed one more update for one of its most popular classes. Starting today, Lahn’s Succession update…” And we believed them. Never again.

So the NEW Succession update is for Strikers and Mystics. It works the same way as the previous few: if you’re level 56 or above, you can now complete a series of quests that will grant you additional skills. If you’re 56 or above and you AREN’T a Striker or a Mystic, there’s something for you anyway: Adventurers above this level can now play Savage Rift. It’s a defensive game where a team of allies have to protect the Sealed Tower from waves of monsters. Clear each stage to earn prizes; the higher the stage, the better the prize.

Any Adventurer can now obtain Suppressed Boss Gear (they have the same stats as TRI Boss Gear) by completing Event Challenges….the Black Spirit Secret Quests also count. Items like the Suppressed Kzarka Weapon Box and Suppressed Dandelion Weapon Box can be obtained at certain levels, but if you already have high-level gear, just sell ’em. You have quite a while to complete this offer — it doesn’t expire until June 3.