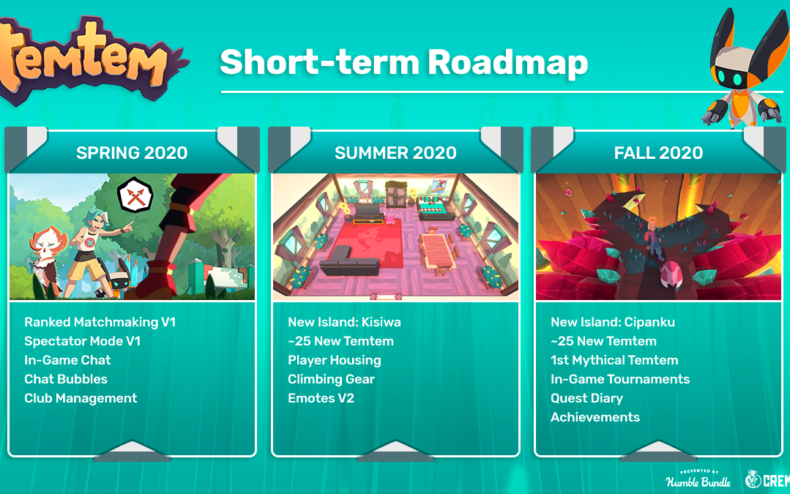 Feel like you’ve thoroughly excavated the current volume of content in Temtem? Wishing for something new? Temtem creator Crema wants you to know it’s hard at work on creating more content for its sudden hit game. Since it’s still in Early Access form, not everything intended for the final product has been finished yet.

Before 2020 is through, Crema plans to add fifty more Temtem, as well as requested features like ranked matchmaking and in-game chat. Here’s the full list. We don’t have the room to go over everything, but the team discussed many of the features in detail in this blog post.

As those who got to play the alpha and beta versions of Temtem can testify, in-game chat was originally a feature. But it failed stress testing and it wasn’t up to Crema’s standards, so they ditched it for Early Access. It is coming back, however, and you’ll be able to dive into several different groups (like Global, Local, Trade, Club…) Private messages will be supported and given the name “whispers.”

You get a house, he gets a house, she gets a house….everybody gets a house! An island called Atoll Row will host an infinite number of dwellings (“Technology in the Archipelago is amazing!” says Crema). You can guess how this works…you buy or find furniture and knick-knacks, you decorate your house with them, and you can visit the homes of others.

One would think achievements would be added earlier than this, but we didn’t write the roadmap. Crema says most of the achievements will be purely for bragging rights, though a handful may come with rewards.