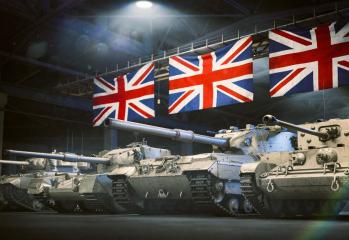 The British Are Coming to World of Tanks! Learn About the First Major Content Update Here!

by Jeffrey Harrison February 10, 2016
Wargaming officially announced today that the PlayStation 4 version of World of Tanks has received its first major content update for the game, and it’s now live around the game. The game has already surpassed one million registered users after its January 19 release on PS4. The new update features the addition of the British […]
827

World Of Tanks Releasing on PS4 Next Week

by Todd Blackon January 13, 2016
After a long series of tests, developer Wargaming has announced that its popular MMO World of Tanks will be releasing on PS4 next week on January 19th. Furthermore, those who have a PS Plus subscription will get a new tank, the German Pz.Kpfw. II Ausf. J-PS. The German tank is a premium vehicle, and comes […]
Facebook
Why do people play MMO’s solo? [MMOPINION]
New MMORPGs Launching in December 2022 | What MMO Should You Play?
Can I Survive My First MMORPG?
Top 15 New MMORPG games of 2023 | Best Upcoming MMORPGs of 2023
MMORPG Tier List 2022
Copyright © 2022 MMORPG Forums, All Rights Reserved.
Fonts by Google Fonts. Icons by Fontello. Full Credits here »