Legend Of Zelda Breath Of The Wild DLC Detailed! 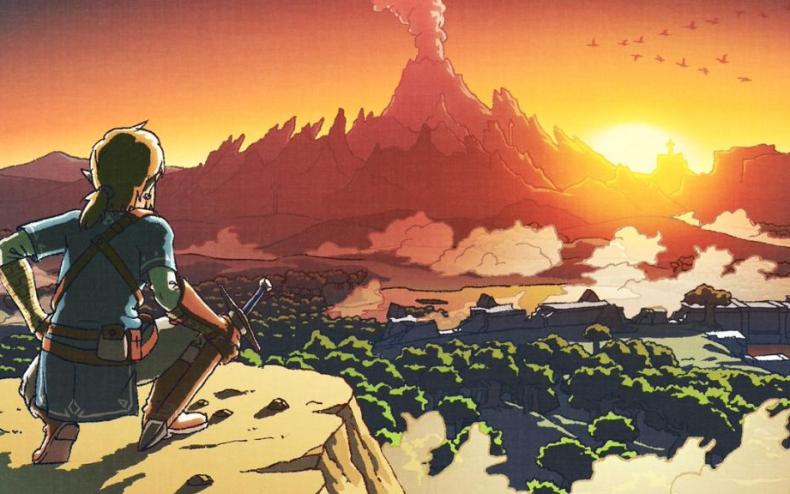 Nintendo made some heads turn when they announced their revered title Legend of Zelda: Breath of the Wild would be getting paid DLC for the first time ever. It got even more intersting when they announced that this DLC would arrive in two parts, one in the Summer, and one near the end of the year. Now, Nintendo has revealed Part 1 of the DLC

Called “The Master Trials’, this DLC will include Trial of the Sword, a Hard Mode, a Hero’s Path Mode, a Travel Medallion, Korok Mask, and eight pieces of new equipment that many Legend of Zelda will recognize from previous games.

The Trial of the Sword mode is a gauntlet style challenge where Link will have to face off against 45 rooms filled with enemies. Each one getting progressively hardly. But, if you’re able to complete it, the Master Sword will earn the power to be in its “powered-up mode” all the time, meaning you won’t have to recharge it after certain battles like you do currently in Breath of the Wild.

The Hard Mode is  a beefed up version of the regular game, and the foes you face will be tougher in virtually every fashion, including standard enemies getting a “upgrade in rank”.

As for the Hero’s Path Mode, this will allow you to track what you’ve been doing throughout the game in terms of where you have been and when. It’ll actually keep track right up until the 200 hour mark, then it’ll start from the current 200 hour block.

For those who desire the chance to travel easier around Breath of the Wild’s Hyrule, the Traveler’s Medallion will be a boon for you. As you’ll be able to set a new waypoint to travel to at any point in time. The catch, is that you can only have one point at a time, so pick it wisely.

Finally, there is a bunch of new equipment coming via the DLC. They represent characters from the previous Legend of Zelda games, but also, you’ll have a Korok mask that’ll help you search for the elusive creatures in Breath of the Wild.

A note, this DLC is only available via the Season Pass, which you can get for $29.99. There’s still no date for the DLC, but, it may not be too long until we get there as E3 is coming soon.