E3 2016: Get All the Details and Watch Tons of Footage for The Legend of Zelda: Breath of the Wild! 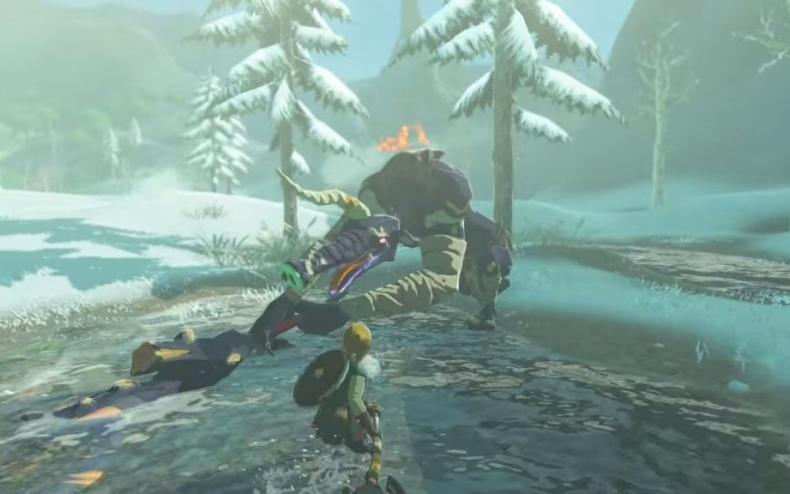 The new game will focus on discovery and exploration. Nintendo is promising that this will be a “boundary-breaking” game. In addition, it will be a Zelda game that break from the series’ conventions. It will also have three new dedicated Ammibos released in 2017, including Archer Link, Rider Link and the Guardian. It will also be compatible with the Wolf Link Amiibo. When Wolf link is attached to the Wii U GamePad, Wolf Link can attack enemies on his own and help players hunt. He has three hearts available, unless players use the save data from The Legend of Zelda: Twilight Princess HD. Wolf Link will disappear if his hearts run out.

Speaking on the game, Nintendo of America President and COO Reggie Fils-Aime stated, “The Legend of Zelda: Breath of the Wild breaks boundaries for the franchise and for games as a whole. Where you go, how you get there, the order in which you do it, and the items, weapons and approaches used to solve puzzles and defeat enemies are all up to you.”

The game will feature a vast, open-world sandbox for Hyrule, and according to Nintendo, players are not required to take a pre-determined path, so the game is focusing on granting player freedom with Hyrule’s vastness. The Nintendo Treehouse: Live demo videos showcase that players will need to explore the environment to find weapons or collect them from defeated enemies. Link will also need food to replenish his hearts, or get a temporary boost or ability.

Enemies throughout the game will now be living together in colonies rather than randomly spread out throughout the Hyrule game world. Link can also climb mountains and structures to get a better read on his locations. In addition, another new ability is that he can paraglide to lower areas and even slide down mountains using his shield.

Per Nintendo, the game will feature over 100 Shrines of Trials in the Hyrule landscape. Gamers can explore these trials in any order and work their way through traps and puzzles. Winning these trials nets special items and rewards. Also, puzzles can have multiple answers.

The Legend of Zelda: Breath of the Wild will launch simultaneously for the Wii U and the next Nintendo console, which is code-named the NX, in 2017. The new Amiibo for the game will be sold separately.

The Legend of Zelda Wii U Producer Speaks! Find Out What the New Game Brings to the Table!
comments
Leave a reply »