Posts Tagged ‘The Legend of Zelda Wii U’
-
LATEST ARTICLES
66541 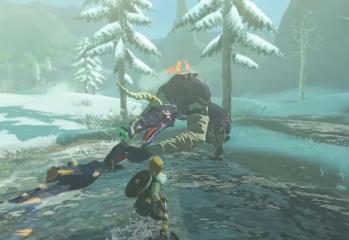 E3 2016: Get All the Details and Watch Tons of Footage for The Legend of Zelda: Breath of the Wild!

by Jeffrey Harrison June 15, 2016
Nintendo fully revealed the next installment for The Legend of Zelda with The Legend of Zelda: Breath of the Wild at E3 2016. Besides a new trailer, Nintendo also released a number of new gameplay videos for the new installment. You can check all those out below. The new game will focus on discovery and […]
915 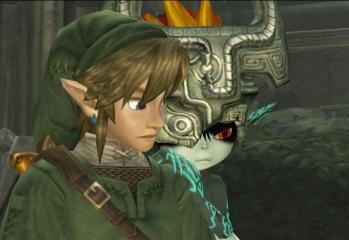 by Jeffrey Harrison March 10, 2016
Famitsu recently spoke to The Legend of Zelda producer Eiji Aonuma (via Gamespot), who dropped some new tidbits about the upcoming Wii U installment of the franchise. Fans have avidly been awaiting The Legend of Zelda Wii U for quite some time, but now it seems to finally have “really taken shape,” per Aonuma. It […]
Facebook
Don’t Make These Genshin Impact Mistakes!
Asmongold Reacts to WoW vs FFXIV – Blizzard, You Can’t Ignore Competition Anymore By Bellular
FFXIV A Realm Reborn Reminds WoW Veteran What MMORPGs Should Be About
Dungeons & Dragons Dark Alliance GAMEPLAY – Group Co-Op Playthrough!
Consoles Get Their Own Version of Elder Scrolls Online: Blackwood
Copyright © 2021 MMORPG Forums, All Rights Reserved.
Fonts by Google Fonts. Icons by Fontello. Full Credits here »
This site uses XenWord.