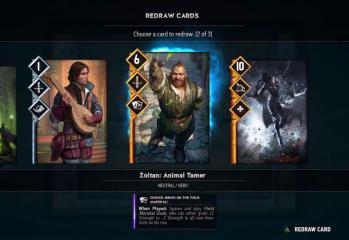 by Todd Blackon March 5, 2019
When is GWENT getting a big update? Something that will change the game? GWENT has been around for some time now, and the card-game based on The Witcher franchise has gotten a lot of love from fans. And now, CD Projekt Red is repaying that love with the very first expansion for the title: Crimson […]
3405 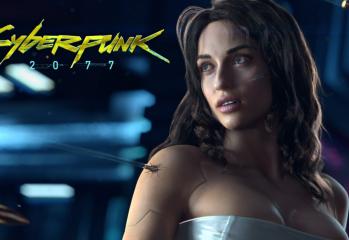 by Todd Blackon May 11, 2018
When are we going to see more of Cyberpunk 2077? How much of a glimpse of the world will we get? Cyberpunk 2077 has been a title surrounded in secrecy for years, and CD Projekt Red has been exactly forthcoming on telling gamers when they can expect a full reveal. That is, until they confirmed that […]
7087

by Todd Blackon March 22, 2018
What can we expect from Cyberpunk 2077? Will it have singleplayer and multiplayer? Cyberpunk 2077 is one of the next major games coming from CD Projekt Red in the near future, potentially. There’s been a lot of speculation as to what the game will and will not have. One of which is multiplayer. During a […]
532225 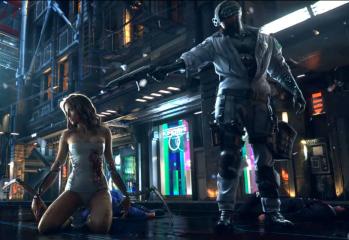 by Todd Blackon February 10, 2018
What’s this breaking news on Cyberpunk 2077? What’s the full scoop? Fans have been waiting for some time for news on CD Projekt Red’s newest game, Cyberpunk 2077. Yet, nothing but trickles seemed to be coming. But now, an interesting source has broken down a commercial for the game! Check it out below:
213611

by Todd Blackon February 8, 2018
What is CD Projekt Red up to? When are they going to show more of Cyberpunk 2077? CD Projekt Red is without a doubt some of the best game developers on the market today. Their Witcher franchise has astounded many, and it’s going to continue with their next project, Cyberpunk 2077. But, since its debut, the company […]
888

by Todd Blackon November 29, 2017
Any news on Cyberpunk 2077? What’s taking CD Projekt Red so long? Despite it being announced five years ago, CD Projekt Red’s next majorly ambitious project, Cyberpunk 2077, has only rarely been teased since that announcement. They’ve given slight clues as to what’s coming, but nothing concrete. However, president of the company Adam Kiciński has now […]
778

by Todd Blackon November 20, 2017
What is CD Projekt Red doing with Cyberpunk 2077? Are they going to do what EA and others have been doing with their games? There’s been a lot of fear going around recently with video games. Mainly because many companies are seeing “games as a service”, and are charging players more and more just to […]
830

by Todd Blackon August 9, 2017
When can we get more info on Cyberpunk 2077? Will it reveal more about the game than we already know? For CD Projekt Red, they’re working hard on many titles, but the one that everyone is talking about is Cyberpunk 2077. Despite only concept art and loose details being given for it, many are excited […]
782

Cyberpunk 2077 To Have Unconventional Class Types?

by Todd Blackon July 18, 2017
Just how far is Cyberpunk 2077 going to be different? Can i really be a journalist in the game? One of CD Projekt Red’s next major titles is the highly anticipated Cyberpunk 2077. This futuristic sci-game is based on the hit board game, but much like the board game, it appears that some “unconventional” class […]
123
123
Facebook
15 Small Details You Might Not Know In Genshin Impact – Attention to Detail Genshin Impact
Backstab Stamina Nightblade PvP Damage Build & Gameplay Commentary – ESO – Blackwood
So I Jumped Into Heavensward: The “Best” FFXIV Expansion… (My Thoughts)
Asmongold BLOWN AWAY By Final Fantasy XIV | First Time Playing
Don’t Make These Genshin Impact Mistakes!
Copyright © 2021 MMORPG Forums, All Rights Reserved.
Fonts by Google Fonts. Icons by Fontello. Full Credits here »
This site uses XenWord.