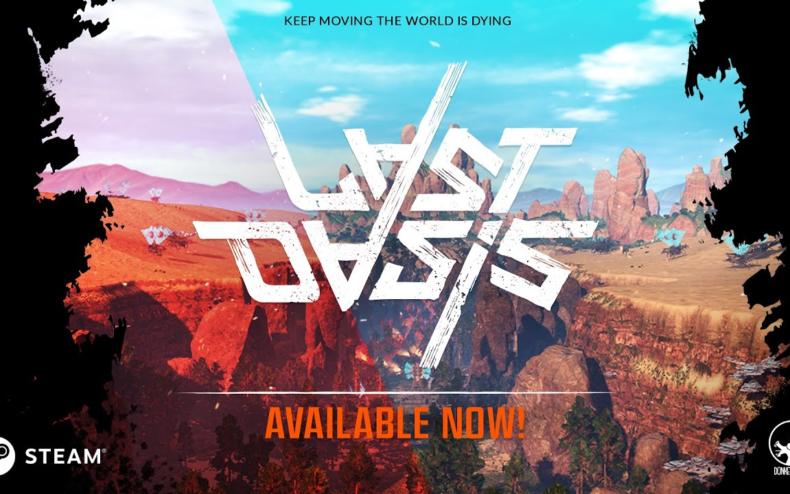 Could you survive in a world half-frozen and half-burning? In the MMO Last Oasis, freshly launched to Steam Early Access this week, will you find out?

Last Oasis takes place in an apocalyptic, ruined Earth that’s halted its rotation. As a result, both halves of the planet are inhospitable, for opposing reasons: the west side is constantly facing the sun and is mega-hot, while the east side is in perpetual darkness and a frozen wasteland. Mankind’s only hope is the little sliver in between the two where temps are normal, but they have no choice but to venture out into the unforgiving wastelands every now and then to gather supplies.

That’s why the survivors have built massive wind-powered machines called Walkers that allow them to travel great distances safely….well, for the most part. Their communities are also mobile and can be moved when in harm’s way. Even with these advantages, though, survival won’t be a cakewalk.

“We are thrilled to be launching Last Oasis into Steam Early Access today,” says Florian Hofreither, Creative Director and Project Lead at Donkey Crew, developers of the game. “Despite facing uncertain times, our beta testers have been as invaluable these past few weeks as they have been throughout our entire closed beta phase, helping us improve and shape the game. We’d like to take this opportunity to thank them and also encourage the same level of openness and involvement from new players, who we look forward to welcoming into our growing community.”

Last Oasis launched on March 26 and is still offering its introductory week discount. Buy it today and you’ll get 17% off the regular price.

UPDATE: It…..just went offline for a week to deal with issues. So much for that discount, right?