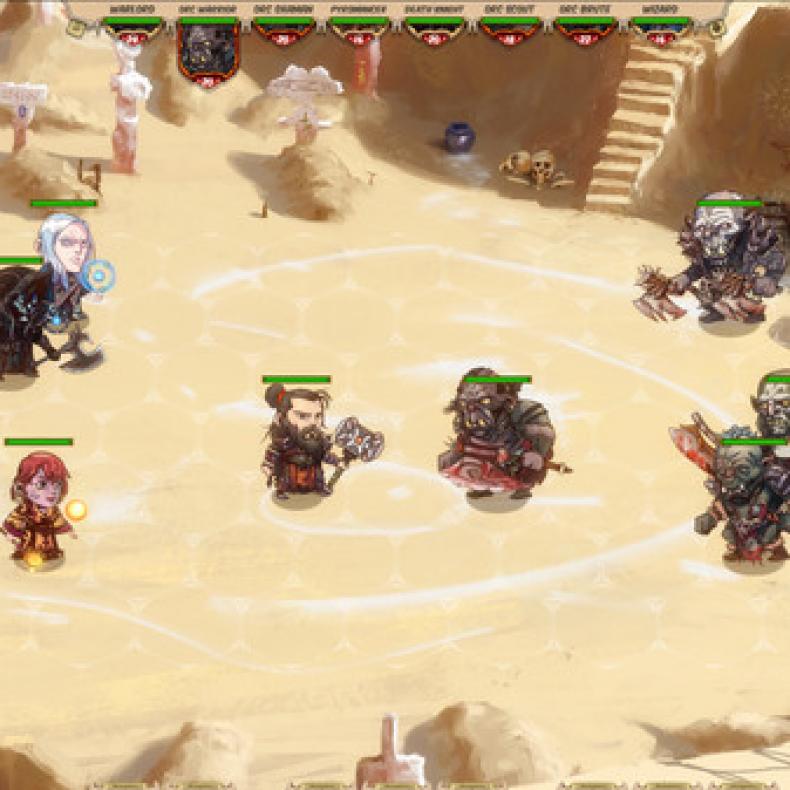 A new RPG has entered Steam via Early Access. Titled, Overfall, the game lets you:

“Explore the shifting seas of a strange realm. Fight challenging foes…or befriend them. Recruit lost souls and learn their histories. Take part in stories of the absurd and the tragic, the magical and the mundane – intimate, epic, and never the same twice in this fantastic strategy roleplaying game!”

The team behind Vverfall, Pera Games, explained on the Steam Page for Overall why the game is on Early Access:

“Because Overfall is fun, mostly stable and polished with the core game completed, and a core part of our game philosophy is making you, our community, part of the development process and Early Access is a great way to do so and we want to give our fans a chance to play it now, while helping us making the game much more better and fun, balance current features and add more content.”

But they also went on to note what will be different once the game leaves Early Access. Mainly, the stories you’ll be able to partake in:

“One of the main strengths of Overfall comes from the stories you encounter during a playthrough, an island-to-island experience where you don’t just sail around trying to save the world – you can just as easily encounter a charming stand-alone story or a self-contained quest progression. The more of these encounters we have, the richer and more fun the overall experience will be. We wanted these encounters to be perfect, and to achieve that, we started searching for ways to improve our storytelling. One day – Yagiz introduced us to (as you see them both in our credits now) one of the most prominent game designers and writers of our era, Chris Avellone himself, who you will remember from Fallout 2, Planescape: Torment, Icewind Dale series, Baldur’s Gate, Fallout: New Vegas, FTL and many others. We came up with the idea of having a Game Writing Style Guide, which would explain the basics of creating a story in Overfall, give some ideas on how to write a good story, and outline Overfall’s writing style with a couple of examples. And we already were in touch with the best person for writing this kind of guide, not only because he’s a great writer with worlds of experience, but also because he’s great mentor material. Thankfully Chris was happy to work on it and thought laying out one might be helpful for both Overfall and for any budding game writers out there. Now our plan is to finish and release the story builder along with the game, and to write more stories in the light of the Game Writing Style Guide.”

Temtem Roadmap Part 2: Console Launch Window And More
Be the first to comment!
Leave a reply »