EVE Online Players Will Be Immortalized With Monument in Iceland 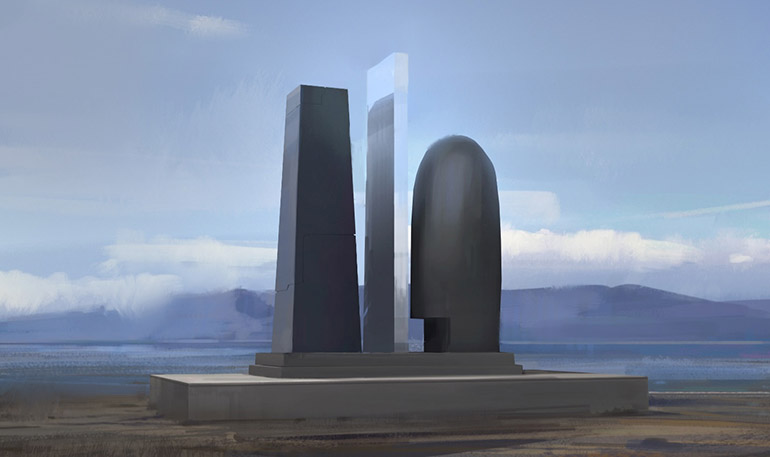 To celebrate a decade of EVE Online, CCP Games has announced it will erect a monument to its players. Not in the game, a real-physical monument that’ll sit in the harbor and confuse the heck out of tourists in CCP’s home town of Reykjavik, Iceland for years to come, maybe forever.

No, seriously, look at it. 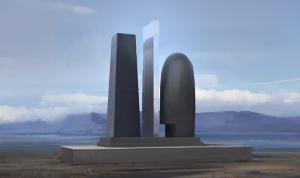 The five-meter tall monument, “Worlds Within A World” was created by Sigurður Guðmundsson with help and input from EVE Online‘s own art directors Börkur Eiríksson and Ásgeir Jón Ásgeirsson. If you’re an active EVE Online player on March 1st, 2014, your name will be etched on its surface. There will also be a section to honor EVE Online players who have passed away, and a digital time capsule with videos, messages, and well-wishes for the future’s MMORPG gamers.

“Our intention is to immortalize the contributions of the millions of people of the EVE universe in a way that extends beyond their immortality in our games“, said Hilmar Veigar Petursson, CEO of CCP.  “Honoring them as part of a timeless monument shows how virtual lives and adventures have reached a new level of meaning and impact that weaves into and enhances those that happen in this world. We are humbled by all those that have joined us on the journey so far, and it’s our hope that this physical piece will continue to gather energy and relevance into decades to come, becoming like EVE Online and outliving us all. ”

The monument will be revealed to the world April 30, the day before the Fanfest 2014 EVE Universe gathering in Reyjavik. If you can’t make it to Iceland, the ceremony will also be live-streamed.

It’s easy to be snarky about things like this, but, honestly, this is amazing, and shows a real dedication from the EVE Online team to its fans.

More about the monument and the artist here.

EVE Online Gets Massive Update Via Operation Frostline
Be the first to comment!
Leave a reply »