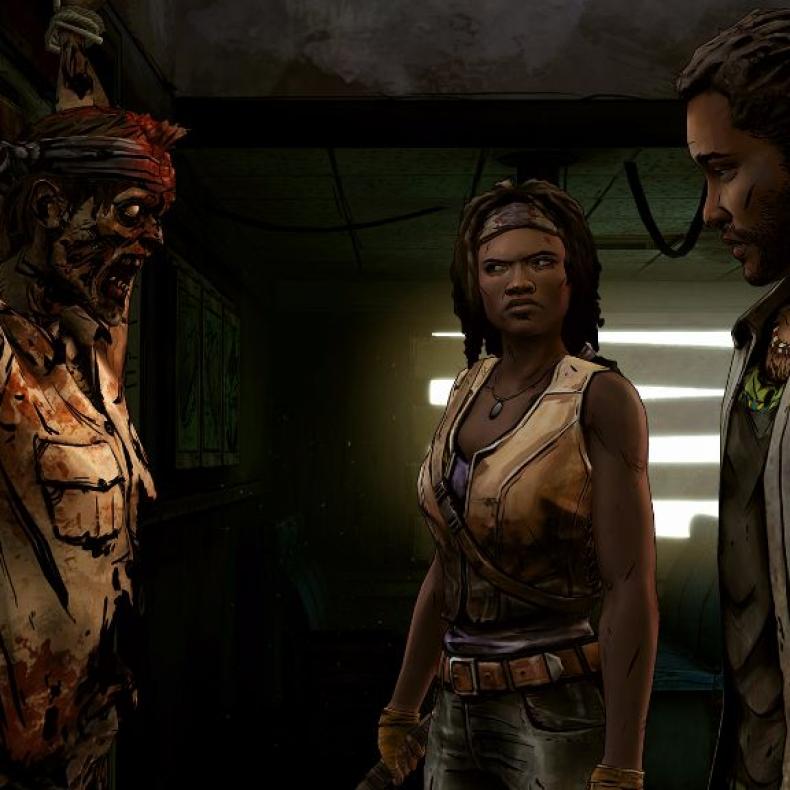 The second episode of Telltale’s Walking Dead spinoff game, Walking Dead: Michonne, has been announced by TellTale to be coming March 29th.

The second episode, titled, “Give No Shelter,” find Michonne, Pete and Sam trying to escape from the floating colony of Monroe. Unfortunately for them, “the leaders of Monroe don’t forgive and don’t forget.”

“With memories of her daughters bleeding ever further into Michonne’s blurred reality, her world is becoming increasingly fractured,” according to Telltale Games.”

The final episode is scheduled for release in April.

TellTale’s The Walking Dead Season 03 Gets New Trailer!
Be the first to comment!
Leave a reply »