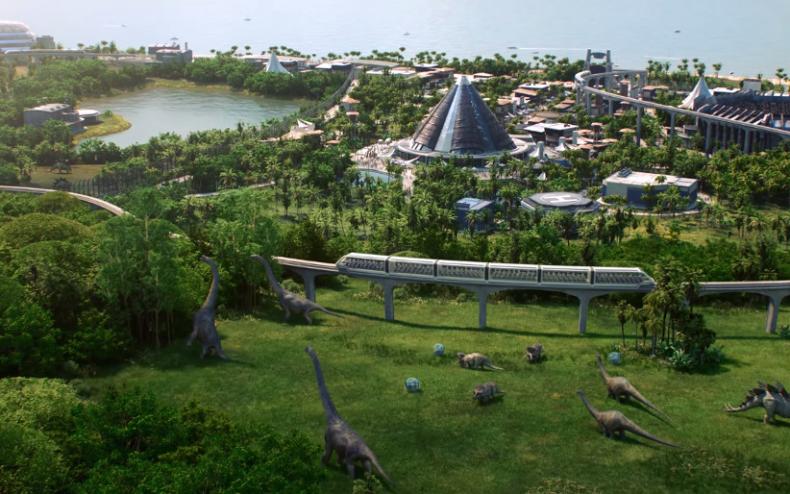 Have you ever wanted to create your own theme park filled with dinosaurs like in Jurassic Park? Have you heard about Jurassic World evolution yet?

Soon players will be able to build their very own theme park of dinosaurs in a new video game based on Universal Pictures’ iconic Jurassic Park film franchise. The game is Jurassic World Evolution, and it was announced this week. It’s due to arrive later in2 018.

Speaking on the news in an official press release, Frontier’s Chief Creative Officer Jonny Watts stated, “As long-time fans of the entire Jurassic series we’re thrilled to be putting players in charge of their own Jurassic World. We’re excited to bring over fifteen years of management, simulation, and creature development expertise to a destination and franchise that remains an inspiration to us.”

Gamers will be able to control operations of the island of Isla Nublar and its surrounding islands located in the Muertes Archipelago. Players can build their own Jurassic World and bioengineer new dinosaur breeds. They can then construct attractions, containment and research facilities as well. All the choices made by the players will lead to a new path and various challenges.

The game is due out for Windows PC, PlayStation, and Xbox One in Summer 2018. So, it will coincide with the release of Jurassic World: Fallen Kingdom, which is due out in theaters later in June 2018. You can also check out a new announcement trailer below.