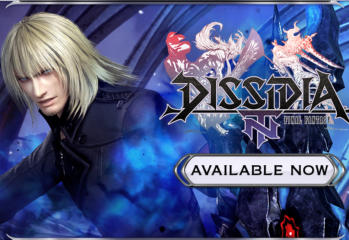 by Todd Blackon October 21, 2018
Who does Dissidia Final Fantasy NT have in store for their next roster pick? Anyone from Final Fantasy XI? SQUARE ENIX announced that Kam’lanaut, the fourth downloadable character in the Season Pass for DISSIDIA FINAL FANTASY NT, is now available for players worldwide. Originally from FINAL FANTASY XI, Kam’lanaut was lauded as a hero by the people of […]
Facebook
Bethesda Has Been Purchased By Microsoft — The Whole Thing
Final Fantasy 16 Is Here! The First Trailer At Least
Elder Scrolls 6 Is Still Very Far Away From Release
Final Fantasy Crystal Chronicles Remastered Will Have DLC Characters
Will There Be A True Nintendo Direct This Week?
Copyright © 2020 MMORPG Forums, All Rights Reserved.
Fonts by Google Fonts. Icons by Fontello. Full Credits here »
This site uses XenWord.