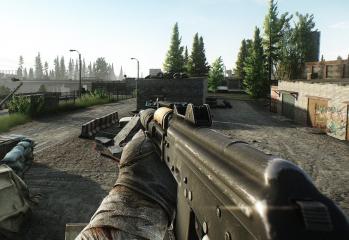 by Jeffrey Harrison February 2, 2017
Battlestate Games officially revealed some new changes to Escape From Tarkov. These changes include a new Customs map for the game, which offers players several new tactical opportunities. You can check out some new screenshots from the game and its changes in the gallery as well below. Click on the thumbnails to see the full-size images. […]
23304

by Jeffrey Harrison January 5, 2017
Battlestate Games officially announced today that the FPS MMO, Escape From Tarkov, has entered its extended Alpha stage. With that, the game will be accepting more players into the Alpha program. According to Battlestate, this is a more advanced stage, and it will incorporate several new features for pre-order owners. Additionally, more pre-order owners will […]
13297 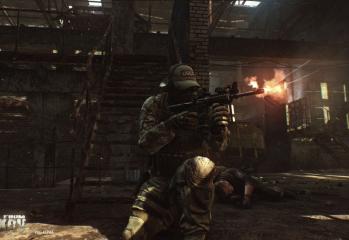 by Jeffrey Harrison June 9, 2016
Battlestate Games has announced some more details for Escape From Tarkov this week, coming off the heels of the recent announcement for the game’s closed beta, which is set to begin in August 2015. Some new renders from the upcoming military MMO/first-person shooter was revealed today. On top of that, the developers announced three new weapons […]
1259

Escape From Tarkov Looks To Be “Hardcore” MMO

by Todd Blackon December 27, 2015
MMO’s come in all shapes and sizes, some focused on gameplay and quests, others focused on the characters that fill up their world. Now, a new MMO called Escape From Tarkov aims to be a “hardcore story-driven MMO”, that will make players care about every move they make. In the game, players will be placed […]
Facebook
Why do people play MMO’s solo? [MMOPINION]
New MMORPGs Launching in December 2022 | What MMO Should You Play?
Can I Survive My First MMORPG?
Top 15 New MMORPG games of 2023 | Best Upcoming MMORPGs of 2023
MMORPG Tier List 2022
Copyright © 2022 MMORPG Forums, All Rights Reserved.
Fonts by Google Fonts. Icons by Fontello. Full Credits here »