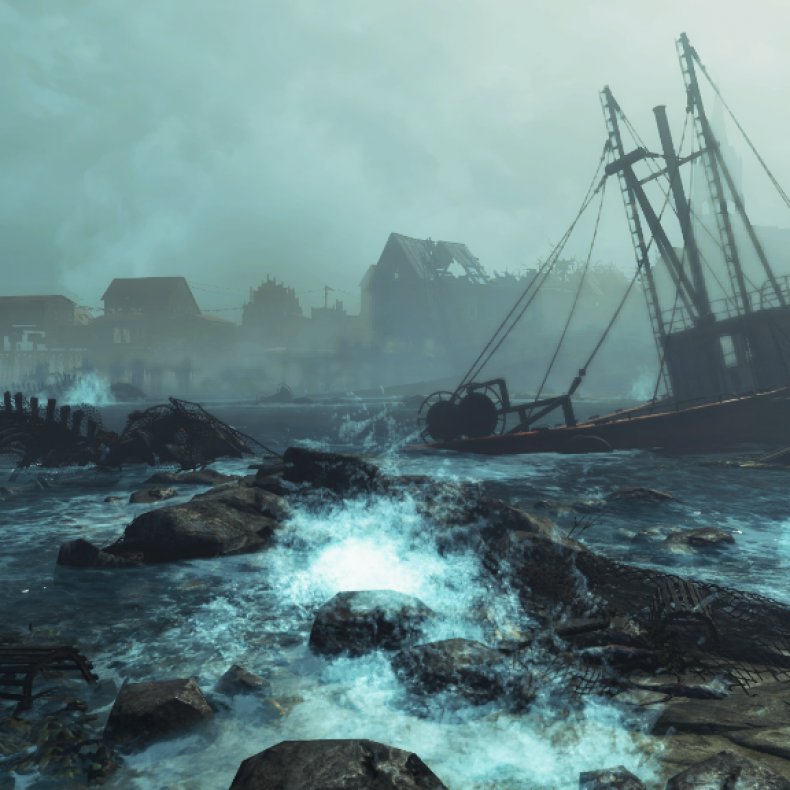 The rollout of new content for Fallout 4 will continue this spring and throughout the summer. First up is another new DLC expansion for the game that drops in just two weeks. Today, Bethesda Softworks has just dropped a new trailer for the next upcoming expansion for Fallout 4 in Far Harbor. The new DLC add-on arrives later this month. The new video preview is available in the player below.

Far Harbor leads players on a search for a young woman and a secret colony of synths in a new case from Valentine’s Detective Agency. Players will be able to travel off the coast of Maine to the mysterious island called Far Harbor. Here, higher levels of radiation have created a very feral world. Players will have to deal with the growing conflict involving the synths, the Children of the Atom and the local townspeople. Far Harbor definitely looks like an exciting new location for Fallout 4 players to explore.

Fallout 4: Far Harbor arrives on Thursday, May 19 for Xbox One, PlayStation 4 and Windows PC. It’s priced at $24.99. Soon, the Fallout 4 Mods will be available to the console versions of the game. Mods for Fallout 4 will arrive for Xbox One players later this month as well and for PlayStation 4 gamers in June.