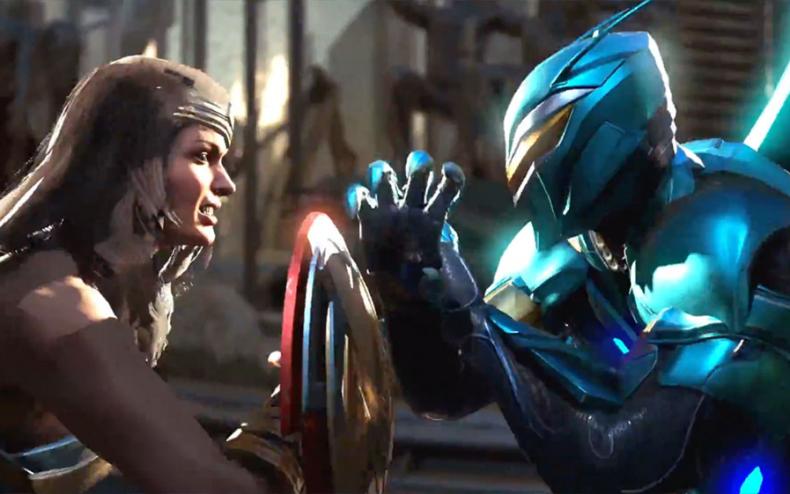 At a special panel at San Diego Comic Con, Ed Boon and Netherrealm Studios unveiled two new characters for Injustice 2. One was a returning icon, while the other was a fan request since the original game.

Wonder Woman was confirmed to be returning (as she was not shown in the trailer there was question as to whether she somehow would be left out), and one of the most fan requested characters, Jaime Reyes, aka Blue Beetle also made his debut in a new trailer showing off their combat skills.

“Wonder Woman makes her return to the Injustice franchise. Combining her long range Lasso attacks with quick hitting sword combos makes her an even more powerful brawler than before. And a brand new character to the Injustice universe enters the battle: Blue Beetle! His alien technology allows him to form various gadgets and weapons for his power suit that make him a well-rounded, jack of all trades character that can be effective up close and from afar.”

Supergirl, Grodd, and More Are Focus Of Injustice 2 Story
comments
Leave a reply »