New Overwatch Hero Could Be Coming! 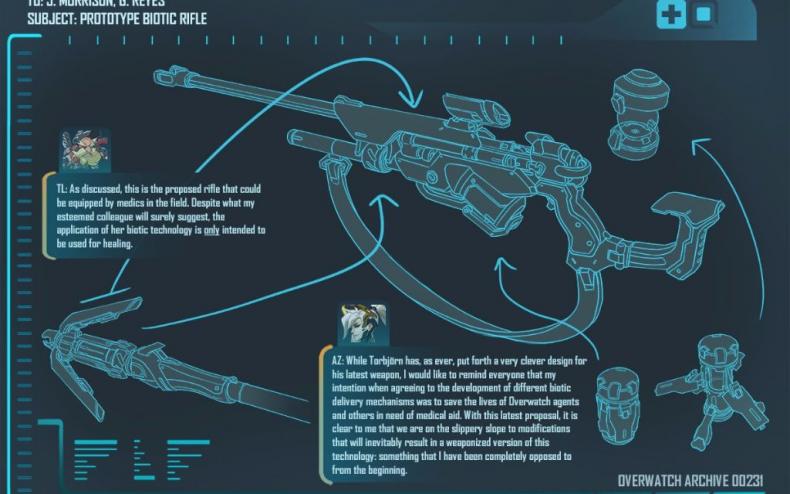 Overwatch already has a diverse and amazingly detailed lineup of heroes. But if recent posts are anything to go by, another hero could be coming soon.

The chatter in the picture is between Mercy, Solider: 76, and Reaper, who are talking about a medical sniper rifle that was created by Torbjorn. Mercy is worried about the gun being used for non-medical purposes.

There have been rumors about a new hero coming in form of Sombra. A character hinted by designer Jeff Kaplan, who states that there are plenty of clues about who Sombra is in the game, and that players haven’t found them all yet.

Could this medical sniper rifle be another clue to who or what Sombra is? We’ll find out.