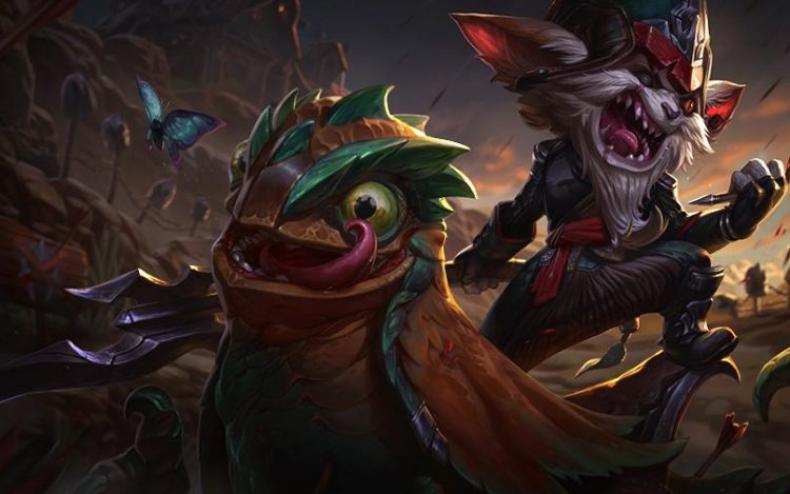 League of Legends is always adding new members to their legendary roster, and now, the main site for League of Legends has unveiled a new champion in for the of Kled, “The Cantankerous Cavalier”.

Here’s the official description of him and his lizard steed Skaarl:

“Noxian soldiers say a lot of things about the murderous yordle known as Kled. They claim he’s fought in every campaign ever waged by the Noxian legions, acquired every possible military title, and has never once backed down from a fight. These claims, like all stories about folk heroes, are dubious. But one part of Kled’s legend is undeniable: when he rides into battle on Skaarl (his cowardly steed), the Cantankerous Cavalier fights ferociously to protect what’s his… and to take whatever he can get.”

You can read his full bio on the LOL website, but here is a brief glimpse of his abilities:

“PASSIVE: SKAARL THE COWARDLY LIZARD
Kled’s semi-trusty mount, Skaarl, has its own health bar and takes damage in Kled’s place when the two ride together. Any bonus health Kled picks up through items, runes, and masteries also applies to Skaarl. When the lizard’s life bar is whittled down to zero, it’ll run for the hills, leaving Kled to fight alone.
When fighting solo, Kled’s abilities change and he gains movement speed while heading toward enemy champions. Kled can restore Skaarl’s courage and bring the craven critter back by attacking towers, champions, or epic monsters.”