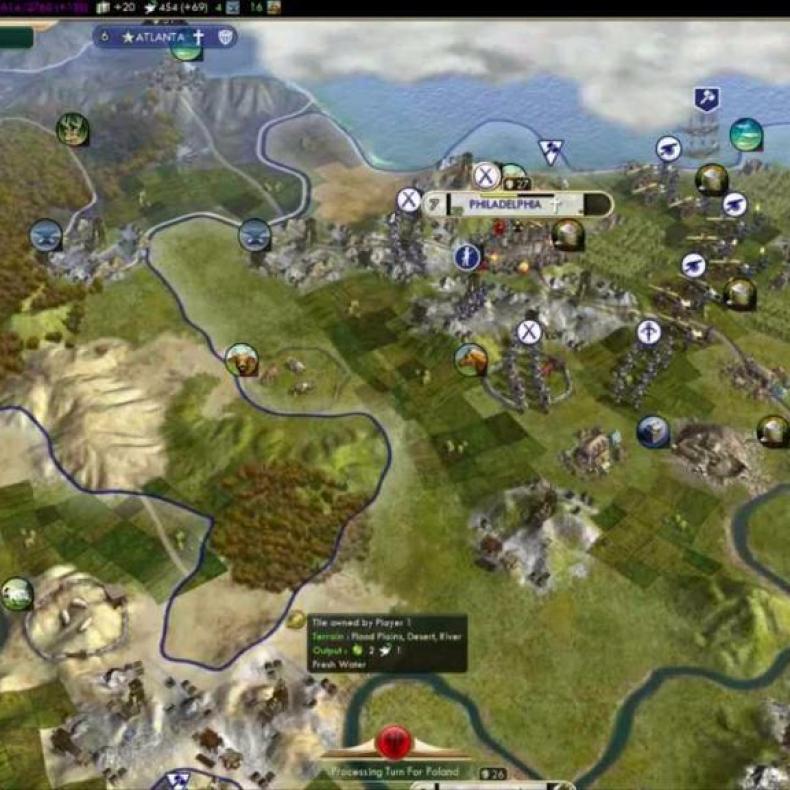 Much like in a real world scenario, in Civilization you can’t see far beyond where you are at first. As you’ve never explored what’s beyond your immediate area. This is called the “Fog Of War”, and is prevalent in many video game titles. Especially strategy RPG’s. In Civilization VI though, the Fog Of War is getting tweaked to add more detail and realism, while also adding some mystery to it all.

“The big difference in our Fog of War from Civ 5 is that Civ 5 had the clouds. Now we’re treating the totally unexplored areas as a blank parchment with longitude and latitude lines on it,” says Brian Busatti to IGN. “But as you explore that you start to open things up. The mid-fog, instead of being a darker version of the visible terrain, is now drawn in a map style. So we have shaders on it that simulate a pen-and-ink cross-hatch style map. It’s really cool and I’m excited to show that off. And in the empty spaces we have hand-drawn ships and sort of ‘here be dragons’ kind of stuff.”