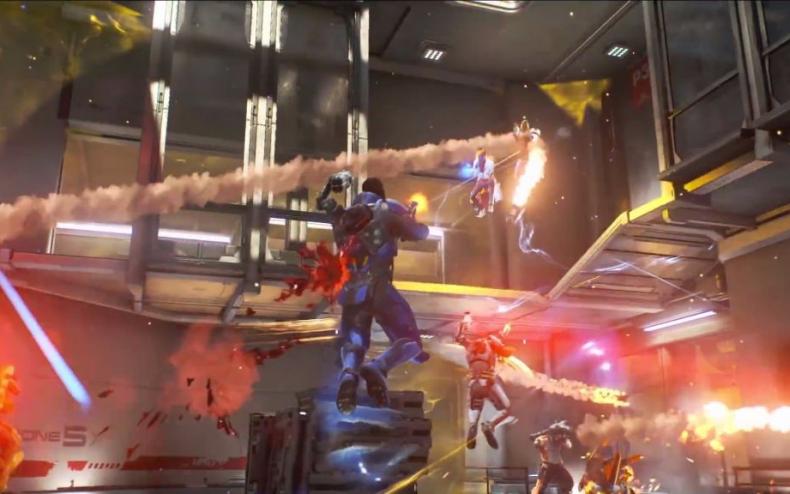 As previously reported, developer Cliff Bleszinski and his team at Boss Key Productions announced the new upcoming massive multiplayer first-person shooter, LawBreakers. The game is going to be available exclusively for Steam at launch. In addition, Cliff Bleeszinski revealed during the PFC Gaming Show and YouTube Live at E3’s All Access Show that the new content and alpha roadmap today for LawBreakers begins this weekend on June 18. Players will have the chance to experience the first closed alpha test for the game. You can also check out a developer video diary for the closed alpha test plans below.

On top of that, Bleszinski announced there will be an Early Access program on Steam later this year. This phase will allow Boss Key to allow more players to access the game while more features, maps, modes, and models are added as well.

Speaking on the news, Bleszinski stated:  “While we’ve given people a glimpse of the game at various events over the last year of development, this weekend is the first time we’ll begin really showing LawBreakers off publicly. I can’t wait for everyone to see the results of all the blood, sweat and tears our development team has poured into this project so far. And it doesn’t stop here; we’ve got a lot more content we’re working on that we’ll continue to roll out during the alpha, Early Access and beyond, collaborating with the community to shape and improve the game.”

New content will be added to LawBreakers during the closed public alpha tests will be revealed at E3 this week in Los Angeles, California. Players can sample “Turf War” mode, which is a unique take on capture-and-hold, and the “Promenade” map, based on the Third Street location in Santa Monica, California.

Players can sign up to be a part of the public alpha tests at LawBreakers.com.

CliffyB Announces New Game Project LawBreakers at GDC! What Does the Gears of War Developer Have in Store Next?!
comments
Leave a reply »