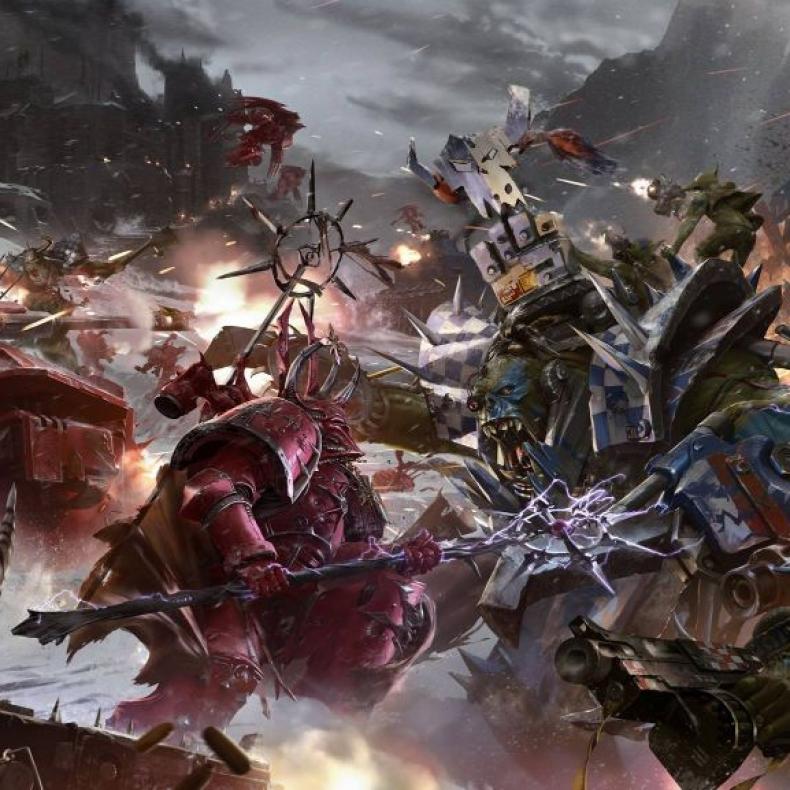 The huge success of World of Warcraft and others has led to an explosion in the number of MMOs that release every single year. Companies are prepared to bet big on creating brand new gaming franchises that they hope will attract the attention of millions of players, with recent additions such as The Elder Scrolls Online and new Star Wars: The Old Republic content proving that developers still believe there is plenty of space in the market for competing titles. That goes some way to explaining the amount of high quality and exciting MMOs that are due for release in 2016.

Many people have already played Otherland thanks to its Early Access system that is currently available on Steam, but the full version has not yet been released to the public. That should change in 2016 when everyone will get the opportunity to experience the MMO that is based on the popular novels by Tad Williams. It features a very distinctive art style and puts a lot of focus on giving players as many customization options as possible.

Like many recent games, Camelot Unchained managed to gain attention and help partly fund its development through a successful Kickstarter campaign. Bucking a trend that has seen many new MMOs favor PvE combat, this title will instead put an emphasis on PvP. It also separates itself from traditional fantasy titles by dumping the idea of having dwarves, elves and humans battling against each other, instead it will have several different factions that include Vikings and knights.

Blade & Soul has already been available in parts of Asia but is set to launch in Western markets within the next few months. Set in Korea, it sees players fight each other and enemies using a variety of martial arts styles and will allow them to chain together combos in much the same way as fighting games such as Street Fighter. This is god news for MMO fans who have long wanted a game with an intuitive and fast pasted combat system.

Star Citizen has become one of the most anticipated titles of recent times thanks to a hugely successful crowdfunding campaign that saw the developers raise tens of millions of dollars. That success led to further enhancements and additions to the game that had many people excited about what was to come. Unfortunately, Star Citizen has so far not delivered on the hype and while many people remain skeptical about its release date, it is scheduled to become available to the public in 2016.

Lineage Eternal is the latest in a long line of games in the Lineage series, which has had mixed success over the years. This instalment has been in development for a long time but it finally seems like it will be released soon with the developers announcing a 2016 release date. Fans will be glad to hear that this game has been made to flow more freely, with more action-orientated combat and a focus on large scale battles, compared to its predecessors.

While an exact release date for Albion Online isn’t available right now, the fact that the game is currently in a closed beta will reassure potential fans that it looks like it is very much on its way. The developer shave promised that Albion Online will include plenty of exhilarating PvP action, the ability for players to contribute to their clans through farming and real estate, while also allowing players across Android, Windows, Mac and Linux to play with each other.

This free-to-play game is being developed by Pearl Abyss and is set to release in Europe and North America in 2016, after several years of development. It has been successful in Japan, South Korea and Russia already and looks set to have all the ingredients necessary to become a hit when it does eventually become available. Black Desert includes a sophisticated physics and weather system as well as a unique combat and movement system.

Although World of Warcraft has seen a significant drop in players over the last few years, it is still the biggest MMO on the market and continues to dominate its competitors. It has seen a number of expansions released during its lifetime, including the last one in 2014 entitled Warlords of Draenor. The next expansion is set to release on or before September 21 and will be called Legion. It will see the level cap raised to 110 and make a number of new dungeons and areas available to players.

The best description that most people can come up with when discussing Lost Ark is that it is very similar to Diablo but much larger in scale. Boasting 18 announced classes, a huge number of dungeons and plenty of loot just waiting to be taken by adventurers, the game puts an emphasis on exploration and action while also allowing players to ride around on impressive mounts.

Developers have long taken advantage of the rich lore of Games Workshop’s Warhammer 40,000 franchise, creating a wide range of games based on the property. However, there has never been a MMO despite the obvious attraction that such a title could have. That is set to change in 2016 with the release of Warhammer 40,000 Eternal Crusade, a game that is aiming to mix up the traditional questing system that many MMOs work with while also giving players the chance to play as a variety of factions.

Albion Online Extends Beta, Pulls Back On Free-To-Play Model
Be the first to comment!
Leave a reply »