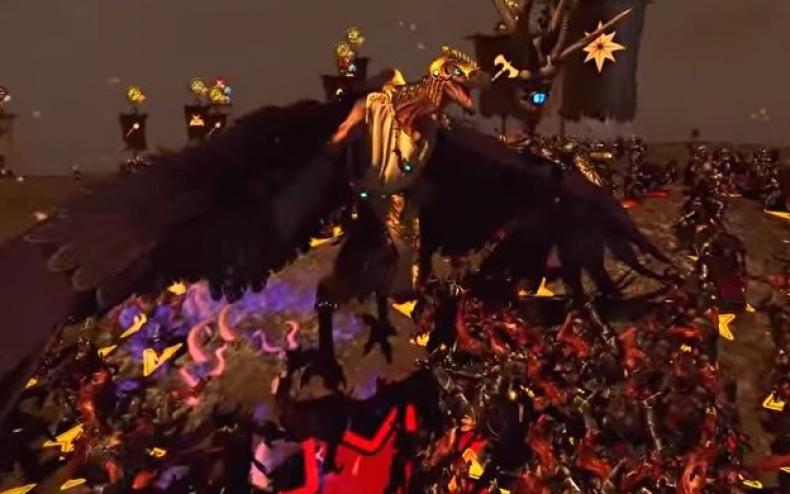 The footage showcases one of the main antagonists for the game, which is the greatest threat players will face late in the Chaos campaign. In this part, Tzeentch sends his top champion as the ultimate test of a Chaos player’s aptitude in battle to judge their worthiness of the bringer of the end of times.

The video shows two powerful Chaos armies in the climactic battle. It highlights the power of Sarthorael the Everwatcher. Sarthorael has massive size and devastating melee attacks with his magical staff. He also wields the Lore of Metal, making him a hefty match for the most powerful of the Legendary Lords.

Total War: Warhammer is available now for Windows PC. The Chaos Warriors Race Pack DLC is also available. Players who want to play in the Chaos faction will definitely have their work cut out for them here.