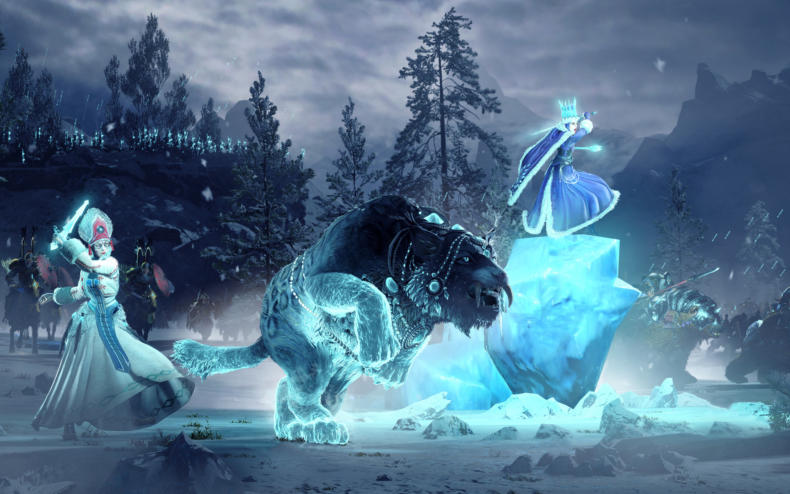 What has Creative Assembly brought to the table with the third installment of the Total War Warhammer spinoff? Is the war as total as it can get, or is it less than complete?

Total War: Warhammer 3 takes place in the Realm of Chaos, which they claim will be twice the size of the Eye of the Vortex campaign map from Total War II. The Realm of Chaos is currently where Ursun, the Bear-God, is being held prisoner, and without him, the land of Kislev is going to waste. A path to vengeance opens up when Ursun’s mighty roars of agony tear the veil between the Realm of Chaos and that of mortals. The rulers have waged war on the Realm, and that’s where you come in.

Here’s who you can play as: the Kislev faction is back, last seen in Total War 1 but graduated into a full nation this time. They’re joined by the Cathay faction and the warriors thereof, and they both will be facing off against the four Chaos factions: Khome, Nurgle, Slaanesh and Tzeeritch. Combined with the Legions of Chaos, this makes five armored forces the Kislev and Cathay armies have to face off against, and seven to pick from in the base game overall.

They could possibly get some help from the Ogre Kingdoms, a faction you have to pay extra for. You can get the bonus race by either preordering, buying the game within its first week, or waiting a week or so for the preorder bonus to expire and then buying the Ogres separately, but that option costs a bit more. Decide now if you want ogres or not!

You want lords? You got lords. There are ten Legendary Lords in the base game of Total War: Warhammer 3. You may have heard of just nine, but a tenth one is hiding in the game as an unlockable. Kislev and Cathay have two each, and the Chaos factions have one aplece, including the Legions of Chaos who have Demon Prince as their lord. The hidden lord is Boris Ursus, unlockable for Kislev. Add in the Ogre Kingdoms and you get two lords more!

The reviews for Total War: Warhammer 3 have been mostly favorable, with many gaming outlets awarding it 9s and 10s. Polygon’s Ewan Wilson gave it a glowing recommendation and said, “it’s hard to imagine a better video game translation of Warhammer Fantasy and all of its large-scale mayhem than this weird, sprawling, endlessly fascinating thing.” Nic Reuben of The Guardian awarded it an almost-A and said “The finale of this grand strategy trilogy…never quite reaches the cinematic highs of [its] announcement video, but it comes impressively close.”  Kotaku’s Luke Plunkett mostly loved the game, but ended up despising its campaign’s endgame.

Finally, the developer has confirmed that there will be mod support, which we’d expect as there would be raised torches and pitchforks if there wasn’t. Total War: Warhammer 3 is now available for PC, Mac and Linux.