Thomas The Train Modded Into Fallout 4 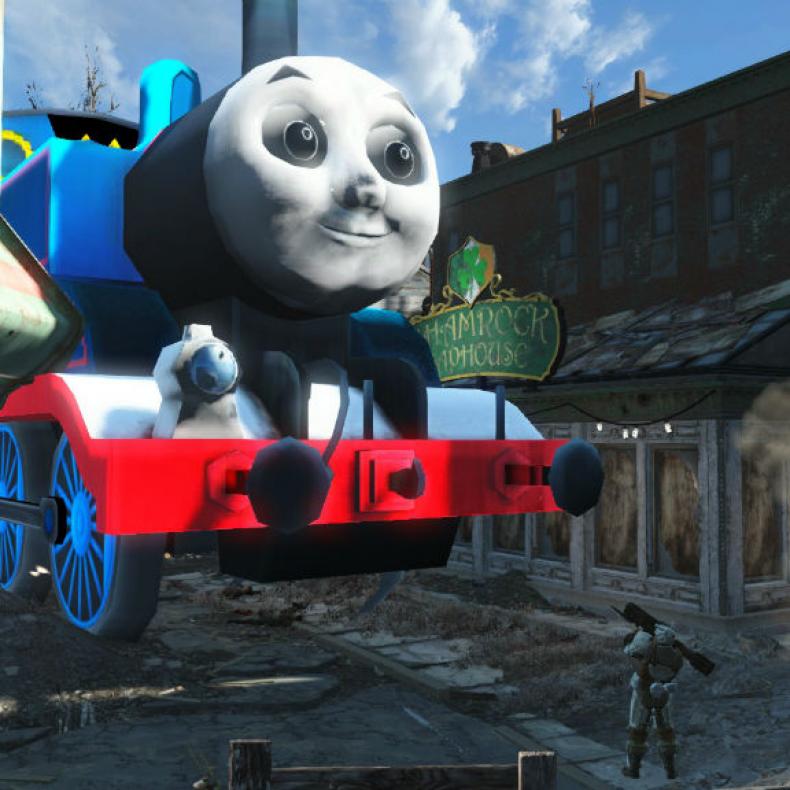 In another case of fan creativity taking modding to another level, gamers have replaced certain parts of Fallout 4, with Thomas the Train Engine. You can download the mod here, and get the full specifications, as well as a video showcasing the mod, below:

“I’m sure you have just like me, sat near your fireplace at some point, sipped tea and ate a small animal and said to yourself “Why has nobody put Thomas the Tank Engine in Fallout 4 yet. I mean, he clearly fits in every possible way!”.
I certainly wondered this, and so, I underwent a long, six year journey of discovery. After killing all my rivals and eating their hearts, I realized I could just ask a friend to port some meshes for me, and made this abomination. Welcome to Really Useful Fallout, an abomination that replaces a variety of things in Fallout with Thomas the Tank Engine. Because why not, god is already dead after all.

FEATURES
This mod replaces the following things in Fallout with Thomas. The train. I have turned him into a murderer to spite Mattel because frankly they deserve it.
Replaced:
-One of the Flight Helmets, I don’t know which, it’s a surprise.
-All deathclaws
-All vertibirds
-Liberty Prime
-Mininukes and MIRV launchers
-Missiles
Sounds have also been replaced with horrifying, echoing train whistles. Your soul will be permanently tainted by them. You’re welcome.”