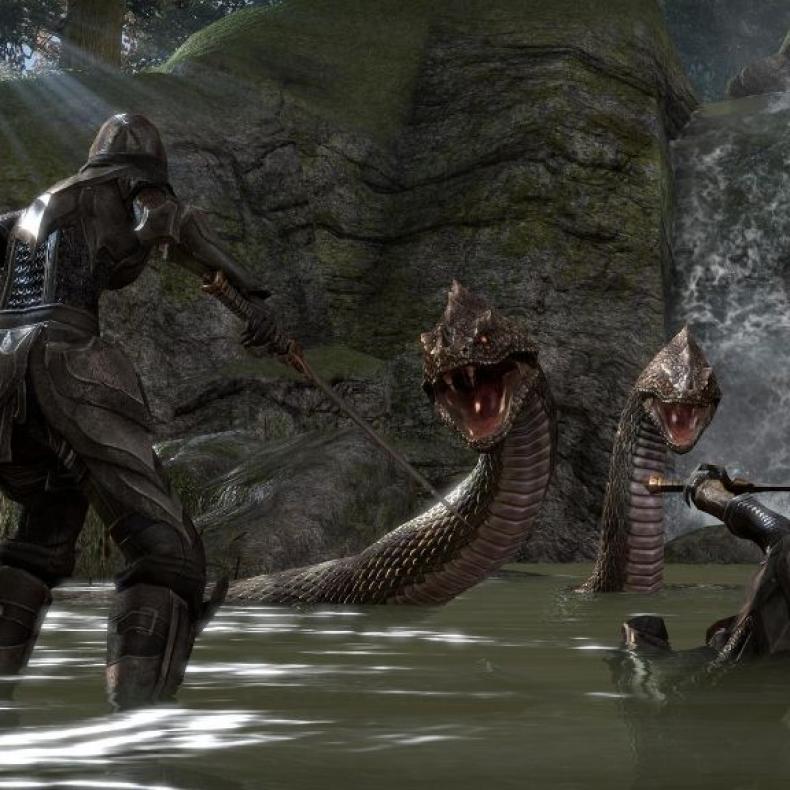 Bethesda Softworks officially released the latest DLC game pack today for The Elder Scrolls Online: Tamriel Unlimited. You an check out the launch trailer for the long-awaited expansion in the player below. The new DLC returns PC and Mac players of the game to the Gold Coast from The Elder Scrolls IV: Oblivion to join the guild of assassins.

In Dark Brotherhood, players can become the deadliest assassin in Tamriel with a new, passive skill-line. They will have to defend the Brotherhood against a mysterious enemy. It includes hours of new story content and new, repeatable assassination quests and more.  In the Gold Coast, players can explore the cities of Anvil Kvatch during the Interregnum, which is filled with intrigue and conspiracies.

The new skill-line for the DLC allows the Shadows of Sithis to protect players from suffering consequences of their assassinations. Those deaths were sanctioned by Sithis, and the Assassin is the hand of the Void, the embodiment of death itself.  Players can earn new items through in-game quests and browse Dark Brotherhood items in the Crown Store.

The Dark Brotherhood DLC is available today for Windows PC and Mac. It will then hit the Xbox One and PlayStation 4 in two weeks on June 14. The DLC is available for gamers with an active ESO Plus membership or 2,000 crowns in the ESO Crown Store.

Get All the The Elder Scrolls Online: Gold Edition Launch Details Here!

The Dark Brotherhood Launch Dates Revealed for The Elder Scrolls Online! Get the New Details Here!

The Thieves Guild DLC Launches for The Elder Scrolls Online! Check Out the New Gameplay Trailer Here!
Be the first to comment!
Leave a reply »