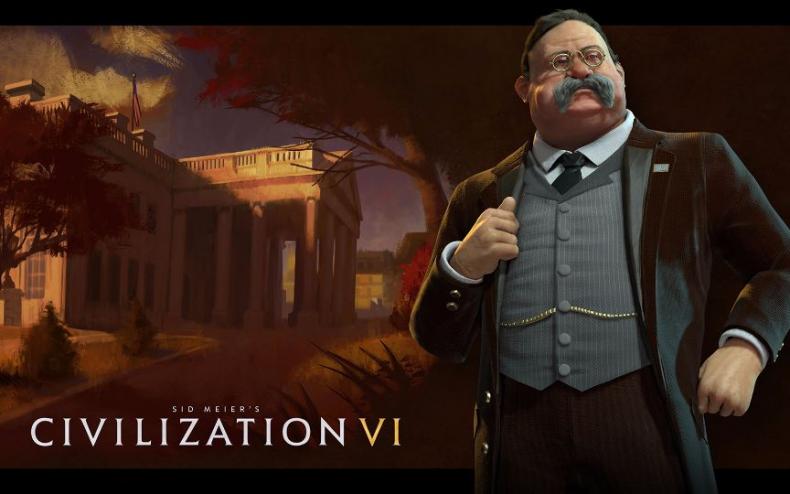 In a post on the Civilization website, it was revealed that Teddy Roosevelt would once again return to lead the United States in Civilization VI.

Along with him come the unique units that will only be available for the US. Here are the breakdowns:

The 1st United States Volunteer Cavalry, better known by its colloquial moniker the “Rough Riders,” was a regiment recruited and raised by Theodore Roosevelt in 1898 AD to fight in the Spanish-American War. This volunteer regiment included 1,060 ranchers, cowboys, college athletes, miners and other rugged outdoorsmen hailing from New Mexico, Texas, Oklahoma and Arizona.”

Thomas Edison, the much vaunted American inventor and businessman, created the first film studio in West Orange, New Jersey back in 1893. His film studio was used to capture the amusing larks of vaudeville and theater actors, to display within penny arcades, fairground tents and unused theaters. By 1920, there were a dozen film studios in operation around Hollywood, California, each feeding what would become an American and global obsession with film.”

Civilization VI To Have New User Interface
Be the first to comment!
Leave a reply »