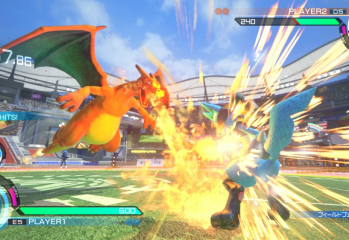 by Todd Blackon May 16, 2016
In the last few months, not one, but two hardcore fighting games came out. The first being the long-awaited Street Fighter V on PS4 and PC. Then a month or so later came Pokken Tournament, the Pokemon fighting game made by the team behind the Tekken franchise. While no one expected either to do badly, […]
975

by Todd Blackon February 18, 2016
When it was announced that the creators of Tekken would be making a Pokemon fighting title, called Pokken Tournament, many wondered how similar the two titles would be. But as the team admitted, though it may have started out as Tekken with Pokemon, it soon evolved into something much more true to the Pokemon titles […]
Facebook
Final Fantasy XIV Patch 6.15 Chat and Cooking Stream ft. ARecipeReborn Live Stream
Conan Exiles – Age of Sorcery Announcement Trailer
Genshin Impact – Official Kuki Shinobu Gameplay Overview Trailer
Watch Black Desert Bring Your Dreams to Life Video
WATCH: New Gameplay Tailer for The Elder Scrolls Online: High Isle
Copyright © 2022 MMORPG Forums, All Rights Reserved.
Fonts by Google Fonts. Icons by Fontello. Full Credits here »