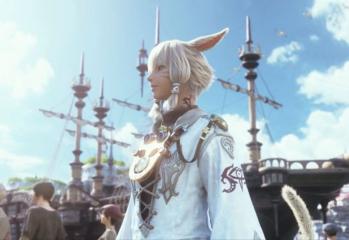 by Jeffrey Harrison February 25, 2016
Polygon reports that in a post on the Powerman 5000 Facebook page, frontman Spider One (nee Michael Cummings) is claiming a song in Final Fantasy XIV Online: A Realm Reborn is “unimaginative theft” of the band’s hit song, “When Worlds Collide.” You can listen to the songs in players below and decide for yourself. You can […]
1073 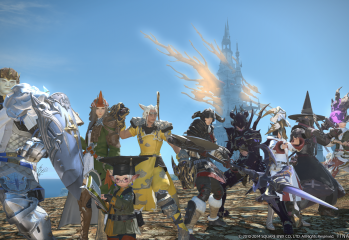 Final Fantasy XIV: A Realm Reborn Out Now on Steam

by mmorpgForumsAdminon February 18, 2014
Starting today, Windows PC players can book their ticket to Eorzea using Steam, and for a limited time they can do it for half price. Final Fantasy XIV: A Realm Reborn, the reimagined Final Fantasy-themed MMO originally released last August for PC and PS3, is now available in Europe and North America on the Steam […]
Facebook
FINAL FANTASY XIV (Version 1.0) Trailer
Marvel Contest of Champions – Official Kraven the Hunter Trailer
WATCH – The Elder Scrolls Online: Deadlands Gameplay Trailer
Will Palia Be Open World? Can You Share Houses? When Is The Next Palia Alpha?
Elyon – Should You Play This New MMORPG?
Copyright © 2021 MMORPG Forums, All Rights Reserved.
Fonts by Google Fonts. Icons by Fontello. Full Credits here »
This site uses XenWord.