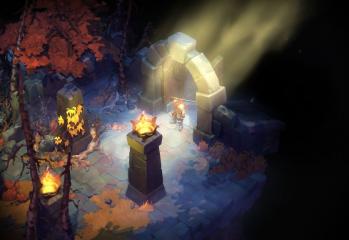 Battle Chasers: Nightwar Gets a Sick New Trailer! Check Out All the New Gameplay Footage Here!

by Jeffrey Harrison March 9, 2016
As previously reported, Nordic Games is partnering up with Airship Syndicate to offering more financing to the upcoming planned Battle Chasers: Nightwar video game. As a result, the game will get a full console release along with a lot more bells and whistles that were originally set for the game’s stretch goals for the original […]
808

by Jeffrey Harrison March 8, 2016
Airship Syndicate and Nordic Games have officially announced a partnership to increase the development budget of Battle Chasers: Nightwar. The game previously had a successful Kickstarter campaign, and Nordic Games will basically add funds to the game so all the stretch goals along with more content, cut scenes and full voice acting will be added […]
Facebook
I’ve Secretly Been Working on an MMORPG
Throne and Liberty: 2023’s Best Looking NEW MMORPG | Asmongold Reacts
What MMO Should you play?
The Future of MMORPGs: Throne And Liberty 2023
New MMORPGs Launching in February 2023 | What MMO Should You Play?
Copyright © 2023 MMORPG Forums, All Rights Reserved.
Fonts by Google Fonts. Icons by Fontello. Full Credits here »