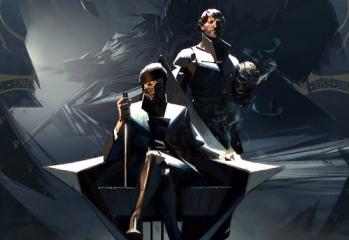 by Todd Blackon June 22, 2017
It’s very difficult to try and please everyone, no matter what medium you work in. And sometimes, you offend people without even knowing how you do it. This is what happened to the Dishonored team after their first game was released. In that game, you could only play as one of two men. One in […]
857

by Todd Blackon April 10, 2017
For many, when they heard that Arkane Studios was coming out with a game called Prey, they instantly thought about the first-person shooter that was well received, but then had a sequel that was put in development limbo. However, as lead designer Ricardo Bare has told Gameindustry.biz, it’s actually not connected to the games […]
Facebook
Nier: Automata The End of YoRHa Edition – Official Nintendo Switch Trailer
Final Fantasy XIV Patch 6.15 Chat and Cooking Stream ft. ARecipeReborn Live Stream
Conan Exiles – Age of Sorcery Announcement Trailer
Genshin Impact – Official Kuki Shinobu Gameplay Overview Trailer
Watch Black Desert Bring Your Dreams to Life Video
Copyright © 2022 MMORPG Forums, All Rights Reserved.
Fonts by Google Fonts. Icons by Fontello. Full Credits here »