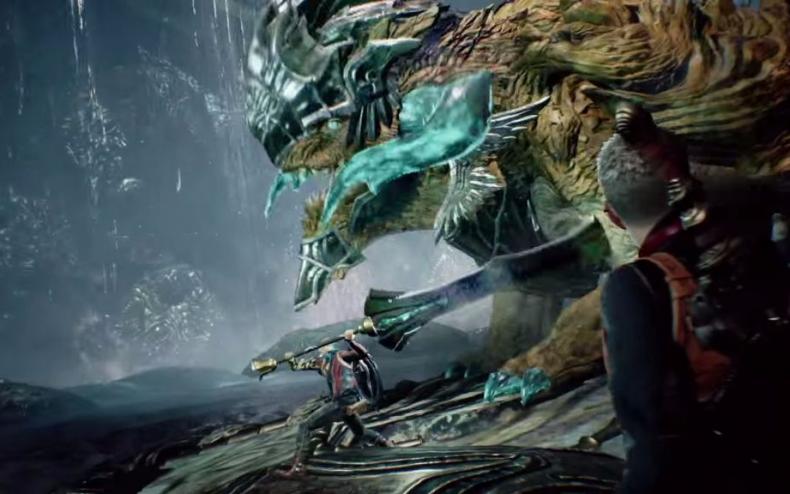 At E3, a massive demo of Scalebound was shown. Featuring the main character, along with his companions, going up against a massive dragon. What some may not have realized is, that dragon did have a name. Though you’ll never be able to say it. Creative director Hideki Kamiya told IGN:

“The boss has a name, but it’s in a totally unpronounceable language. We named all of our creatures in a language that we built for our world, Draconis, and so he’s got a name in Draconian. Everybody online calls it a crab, which is cool, but no one on the team ever called it a crab. We always called it a scorpion because of the tail. So, to us, it’s an enormous crazy scorpion-looking thing.”

He notes however, that he didn’t just want to make different dragons, but rather, he took inspiration from real or mythical creatures in the making of Scalebound’s enemies and bosses.

“We’ve taken our inspiration for enemy design from biology. It’s funny because thinking back on it, you know, we’ve shown the Hydra, and it was obviously inspired by snakes, but we really haven’t shown many other enemies from the game. And there are enemies that are inspired by mammals, there are enemies that are inspired by birds. We’ve shown you the mantis, which is obviously an insect enemy. We’ve shown you the scorpion, which is obviously another insect enemy. It is much, much bigger! Yeah, but we’ve been taking inspiration for enemies from these guys.”