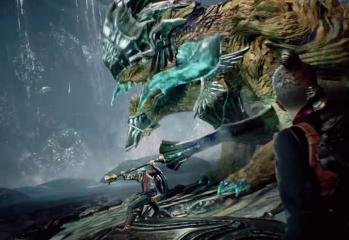 by Jeffrey Harrison September 2, 2016
The upcoming action RPG Scalebound will be getting a new comic book adaptation from Titan Books (via IGN). Microsoft Studios and PlatinumGames will be collaborating with the publisher to adapt the upcoming game into comic book form. The comic book is due out later next year. Speaking on the news in a press release, Titan’s […]
1780

by Todd Blackon June 19, 2016
At E3, a massive demo of Scalebound was shown. Featuring the main character, along with his companions, going up against a massive dragon. What some may not have realized is, that dragon did have a name. Though you’ll never be able to say it. Creative director Hideki Kamiya told IGN: “The boss has a name, […]
2065

by Jeffrey Harrison June 17, 2016
Xbox and PlatinumGames unveiled some new footage for the upcoming action RPG, Scalebound, at E3 2016 this week during the Xbox Briefing. You can check out the new gameplay video from renowned director Hideki Kamiya in the player below. This latest video showcases the first look at multiplayer co-op gameplay footage for Scalebound. It also […]
871 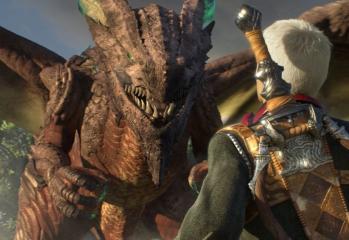 Why the Major Delay for Scalebound? Find Out Xbox’s Explanation Here!