Play as the Creatures in ARK! Get All the Latest Content Update Details Here! 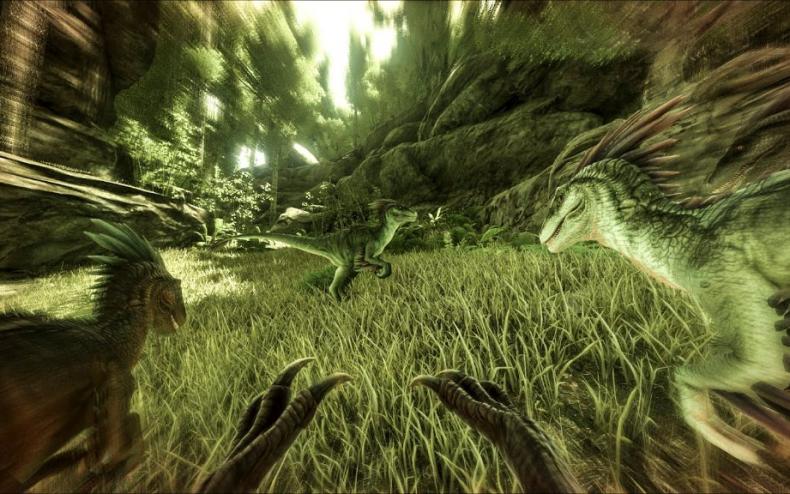 Studio Wildcard officially announced some new content updates this week for ARK: Survival Evolved. The new updates include the Titanosaur, the largest dinosaur ever in the ARK arsenal, the new Redwood Forest biome, with tree-top villages, and the second official community-created mod, which will be integrated into the Xbox One and Windows PC versions of ARK, Primitive+, which challenges players to use only organic materials. You can check out the reveal trailers for the new content updates below.

Another new gameplay mode was announced for ARK called ARK: Primal Survival, where ARK Survivors will be able to play, live and breed as any of the creatures of ARK. This mode was created in conjunction with developers Instinct Games and it’s coming to Windows PC and Xbox ARK later this year. Survivors will be able to experience full survival mechanics and lifescycles, including mating, growing, recruiting more creatures to your ‘pack,’ even constructing primitive dens.  In addition, gamers will utilize asymmetric gameplay against or with other specifics, including humans and other AI creatures. This new mode will also allow mod creators to build more intricate mods for the game and its creatures.

For the Titanosaur, it’s the largest creature found on ARK Island. It operates for players as a mobile super-fortress capable of ferrying a ton of weight, structures, defenses and even other creatures on its back. It’s basically a walking mountain. The Titanosaur is an herbivore that often crushes creatures and buildings in its path. It will take issue with any creature invading its personal space.

Redwood Forest is a new biome with lush, giant trees that are sturdy enough to build treehouses and villages. Players can harvest lumber from its gigantic arbors to create a super-fortress that’s high in the air, to provide a safer place to build a village and provide height advantage for superb tactical defense stance.

Primitive+, the new community mod, will launch for the game on Thursday, July 28 for Windows PC and Xbox One players. It will challenge players to use mainly wood and stone materials without the benefit of advanced metals.