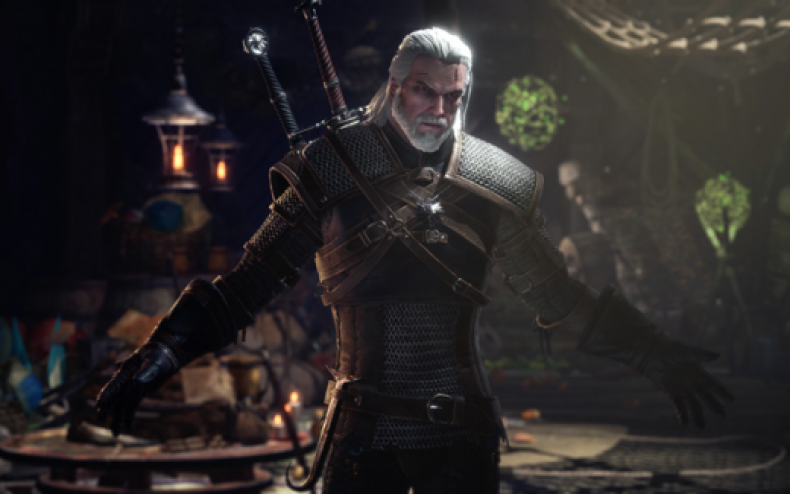 Any new crossovers for Monster Hunter World? How about something with The Witcher?

Monster Hunter World is one of the best-selling games of 2018, and one of the things that’s made it really cool is the content additions via collaborations with other Capcom franchises. But now, Capcom is going beyond that and bringing in Geralt of Rivera, aka The Witcher, into the mix.

You can see the reveal announcement for the game below.

Together with Capcom, we’re presenting the crossover everyone’s been waiting for: Geralt takes on a new contract in @monsterhunter World!

The Witcher-inspired content is coming to MHW on @PlayStation 4 and @Xbox One in early 2019 as a free update, with PC release to follow soon. pic.twitter.com/gQPBWmF9Al

Here’s a bit more on the crossover:

The collaboration sees Monster Hunter: World players take on the mantle of Geralt of Rivia — a professional monster slayer equipped with superhuman strength and reflexes — and has them take on a series of Witcher-inspired quests. These offer a unique gameplay experience blending RPG mechanics of The Witcher 3: Wild Hunt with Monster Hunter: World’s game systems.

Geralt is a master swordsman considered one of the deadliest warriors in the world of The Witcher. Monster Hunter: World players get to utilize his signature fighting style, seamlessly blending swordplay, combat magic, and an assortment of monster hunting equipment.

The best part is that this content is free, and will arrive in early 2019.