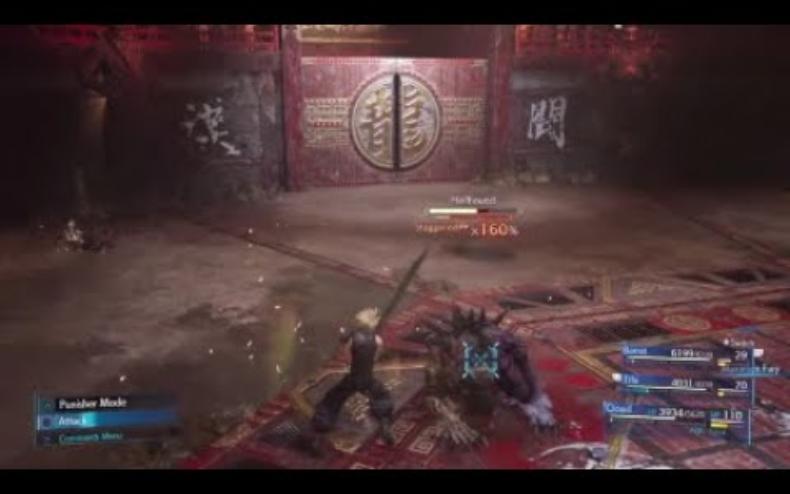 Final Fantasy 7 Remake, Square’s biggest release of 2020, has been out for several months and yet despite being patched several times, are there still plenty of weird glitches? You bet. Some are helpful, some less so. Here are some of the wildest ones recently uploaded to YouTube….what do you think?

While engaged in a Wall Market tournament battle, Omar Bouaouina found Tifa suddenly frozen in an attack stance. Since she was no longer any help, he had to finish the fight with just Cloud and Barret. But it gets weirder…while most glitches of this nature tend to undo themselves once you leave an area, Tifa remained in her frozen state after the battle was through. When Cloud warped to the recovery area post-battle, Tifa was still in the same pose (and now sideways). Using the elevator meant Tifa was stuck inside it. From this point forward Tifa would appear near the beginning of any loading zone and remain an immobile statue. Naturally Omar didn’t save.

SullenCoder caught a lucky break when he loaded up the battle for the Leviathan summon. The fish wasn’t visible at first, until he noticed the thing had managed to spawn outside of the arena — only its fin stuck up from below. For some reason, this also made it easy to defeat.

If you skip the first grapple cutscene after entering the tower climb sequence on Chapter 15, Cloud will gain the ability to walk in midair — and with that ability, gain the side effect of skipping boss load triggers. From there, you can just walk to victory…

You might think such a glitch would give you an advantage. You thought wrong. How is Cloud even able to fight, given what he’s staring at?

Finally, this player discovered if you stand in exactly the right spot, the target reticule will jam between On and Off mode and you’ll get an interesting effect. Almost makes her look saintly, doesn’t it?

SaGa Frontier Is Getting A Remaster