Did You Know That the Fastest Dinosaur Just Got Added to ARK: Survival Evolved? Learn More About the New Update Features Here! 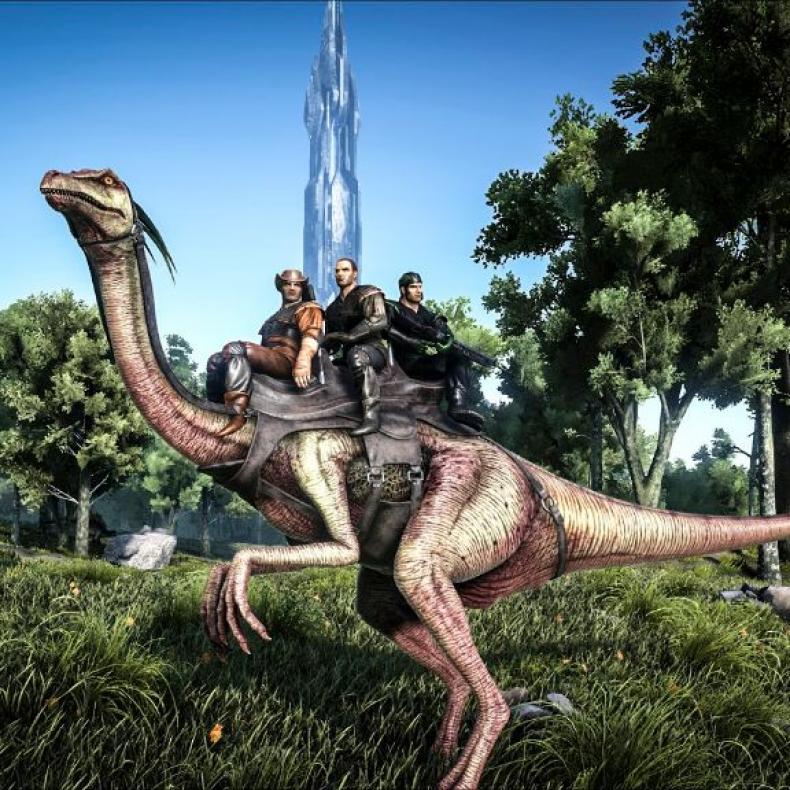 Studio Wildcard has announced some new content for ARK: Survival Evolved on Steam, along with features of Patch 233. You can check out the new video showcasing the new dino, Gallimimus, and the other Patch 233 features in the player below. In addition, Studio Wildcard has confirmed that ARK is now available at 40 percent off the full retail price.

The Gallimimus dinosaur is an omnivore from the clade Ornithomimosauria that has no natural means to defend itself. However, it makes up for that with its speed, and it’s now the fastest dinosaur in the game. It is also capable of carrying three Survivors in its saddle. The Gallimimus can be tamed, and it can also jump long distances to help with scouting, exploring or just fleeing from danger.

Here’s the full breakdown of features for the new update that was released for the game today:

ARK: Survival Evolved is currently available as part of Steam’s Early Access program. It’s also playable for the Xbox One through Microsoft’s Game Preview. The game is set for a summer 2016 launch for Xbox One via the ID@Xbox program, PlayStation 4 with Project Morpheus support and full release on Steam PC.