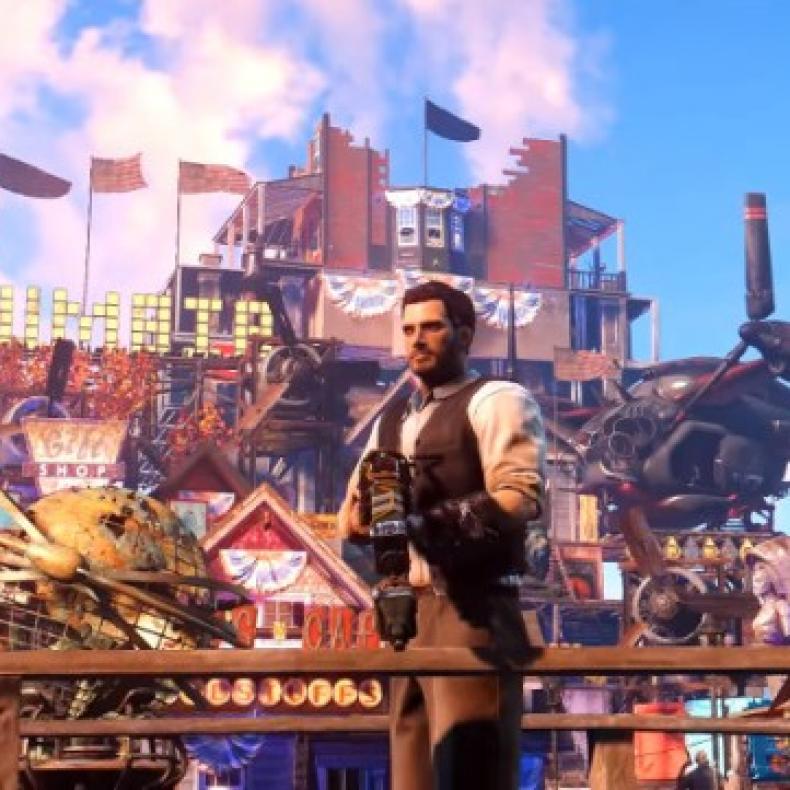 Fallout 4 mods are pretty outstanding. For one thing, they allow players to create settlements inspired by other video game titles. However, one user, Girl Plays Game, took her love of Fallout 4 and BioShock: Infinite one step further. The user created a pretty spectacular Settlement creation mod for Fallout 4 that is modeled after the floating city from BioShock: Infinite, Columbia. You can check out a video of the Fallout 4 version of Columbia below.

Girl Plays Game also released a full list of the mods she used to create the Columbia Settlement. The results look quite meticulous and obviously painstaking. So, it’s quite interesting to see that even Fallout 4 players can turn their Settlement into their own BioShock-esque utopia or floating city. The version here is multi-level and even placed by a lighthouse. Remember, in BioShock, there’s always a man, a lighthouse and a city.

The level of detail with which players can now customize with Fallout 4 now looks pretty insane. One group that was impressed by Girl Plays Game’s creation was Irrational Games, the developers of BioShock Infinite. The official Twitter account for Irrational Games re-tweeted her creation, so the developers definitely seemed to enjoy her tribute.

Fallout 4 is available now for PlayStation 4, Xbox One and Windows PC. However, the mod tools to make creations such as this are only available on the PC version.